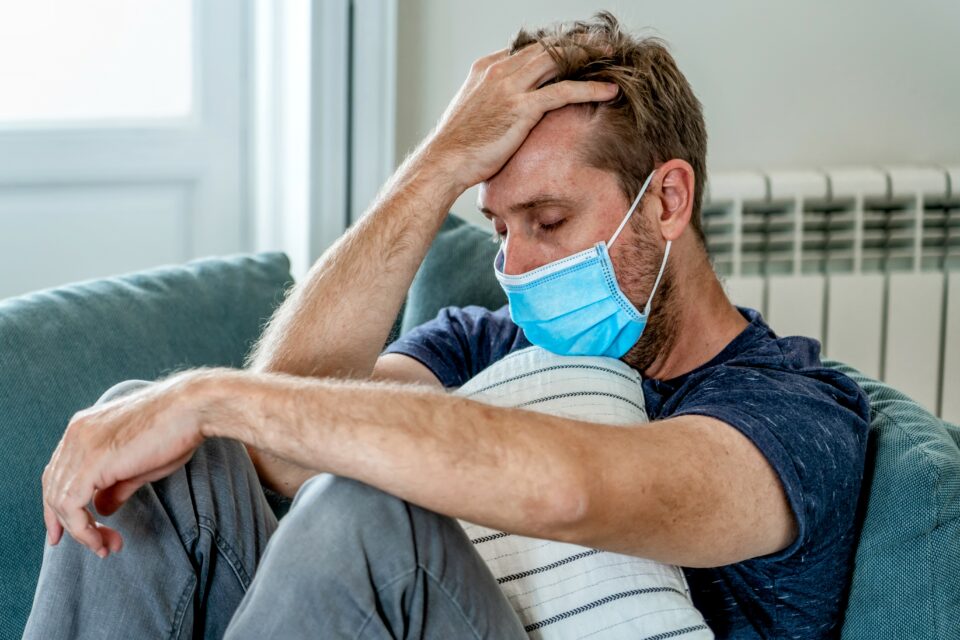 According to a new national mental health survey led by the University of British Columbia (UBC) in partnership with the Canadian Mental Health Association (CMHA), 57 percent of respondents worried that COVID-19 will continue to circulate among the population for years to come, with new variants emerging regularly. These fears that the pandemic end is nowhere in sight are also compounded by climate change anxiety, with 48 percent of the respondents expressing worries about how the climate crisis may exacerbate the negative impact of the pandemic.

This is the fourth round of the Assessing the Impacts of COVID-19 on Mental Health survey led by Dr. Emily Jenkins, an assistant professor in the School of Nursing at UBC, and Dr. Anne Gadermann, an assistant professor in UBC’s School of Population and Public Health. It was conducted in December 2021 (almost a year after the third survey) and comprised the answers of a nationally representative sample of 3,030 Canadian adult residents.

As in the previous rounds, this survey highlighted ingrained inequalities in how different social groups were affected by the pandemic. While 37 percent of the participants claimed that the pandemic had a negative impact on their mental health, these numbers were increasingly higher in vulnerable social groups such as those who were unemployed due to the pandemic (57 percent), had pre-existing mental health issues (54 percent), identified as LGBTQ2+ (49 percent), were students (47 percent), or had disabilities (44 percent).

“The pandemic has made it impossible to ignore the longstanding service gaps and systemic barriers in our systems,” said Dr. Jenkins. “We need to ensure equitable access to treatment and services, take action on the social and structural issues that cause these inequities, and sustain investment in these efforts beyond the conclusion of the pandemic. It’s time to put in the work to address the longstanding barriers to good mental health in our society.”

The fact that the pandemic emerged at the same time that the negative effects of climate change are starting to be clearly visible globally is significantly compounding the mental health issues Canadian citizens are struggling with. “With the heat domes and atmospheric rivers British Columbia experienced in 2021, there was more awareness of climate crisis effects compounding mental health struggles alongside the pandemic. All these different issues were colliding and we wanted to account for that,” said Jenkins.

Fortunately, many of the respondents living in British Columbia (76 percent) reported that they were coping very or fairly well with the stress caused by the pandemic, with exercising or going for walks as some of the key coping mechanisms.

A complete summary of the findings can be found here.