Parrots blush as a way to communicate with their owner • Earth.com 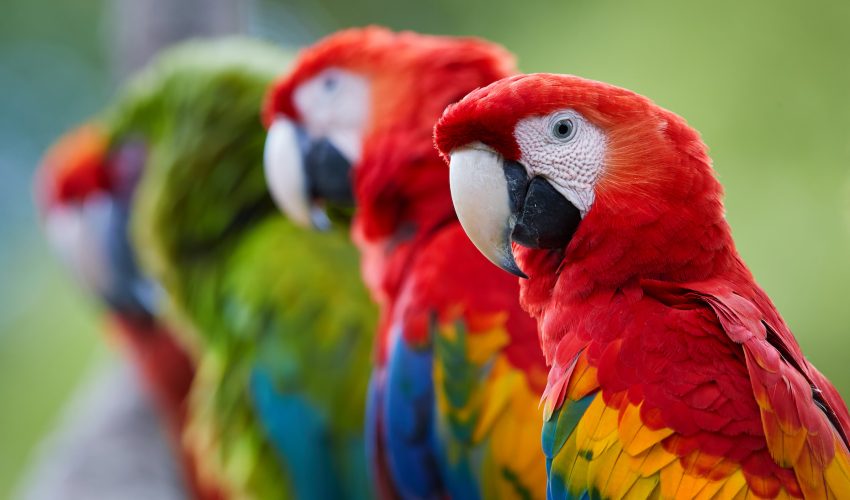 Parrots blush as a way to communicate with their owner

People often  blush when they’re embarrassed, nervous, and sometimes it’s even a sign of attraction. For some, turning a deep shade of red or pink is even more embarrassing than whatever triggered the nervous system to cause a flushed face in the first place.

Whatever causes us to blush, it’s just one of the many reflexive non-verbal cues that we as humans have even if we can’t control when it happens.

It turns out that humans are not the only species to blush as a way to signal internal feelings, as parrots may also blush and ruffle their feathers to communicate non-verbally with their caretakers and other birds.

“Blushing may not be a characteristic unique to humans: the featherless cheek of the blue-and-yellow macaw parrot reveals rapid skin color changes in situations associated with emotion,” said Aline Bertin, the lead author of the study. “The macaw’s particularly complex face may enable communication of emotion via color and feather displays.”

Five macaws were observed and monitored while interacting both with each other and with their human caretakers.

The researchers focused on the birds’ feathers, when they were ruffled, and blushing of the bare skin of the birds’ cheeks.

Feather ruffling and blushing increased when their owner was talking to them, maintaining eye contact, and interacting with the bird. The researchers also found that feather rustling was more common when the parrot wasn’t moving around.

The researchers theorize that rustling feathers and blushing is a kind of nonverbal communication that indicates how the bird is feeling.

“How birds use facial displays and whether they communicate their inner subjective feelings is a question that is crucial to deepening our understanding of bird sentience,” the researchers said in their study. “Although caution must be exercised when interpreting these data due to the small sample size, we argue that crown ruffling and skin color variation may provide facial indicators of birds’ inner subjective feelings.”

The study provides some potential insight into the communication cues of parrots and other birds which is important given how popular parrots are as pets.

If we have a better understanding of what a parrot is trying to say, owners will be better equipped for caring properly for their bird.