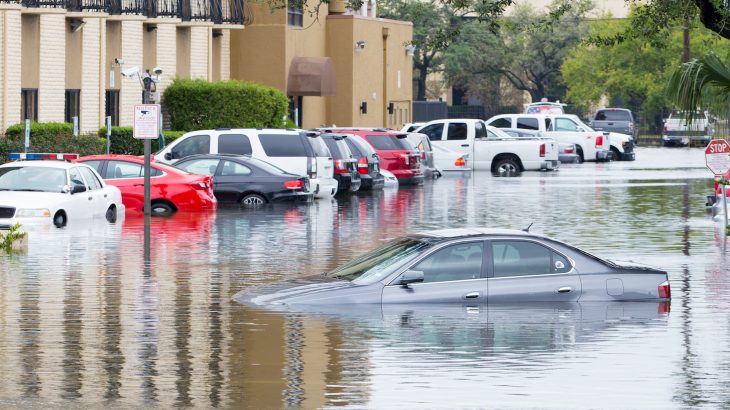 A new study has shown that even experiencing extreme weather events firsthand isn’t enough to convince some people of the realities of climate change.

Researchers from the University of Exeter and the University of Texas found that even if people experience an extreme weather event, their own political bias and partisan news reporting can change people’s perceptions of weather extremes.

This means that people who have experienced an increase in coastal flooding, tornadoes, more severe hurricanes, and extreme wildfires are not any more likely to accept climate science based on where they live.

“Extreme weather plays a limited long-term role in forming people’s beliefs about climate change,” said Ben Lyons, the leader of the research. “Instead, their views and beliefs can alter the way they perceive the weather. We have found when an extreme weather event is ambiguous, as, with polar vortex and drought, people are more likely to see the event through a partisan lens. If there is a grey area, people are more comfortable applying their preferred label.”

The study was published in the journal Environmental Communication.

The researchers surveyed 3,057 people who lived in the United States and asked about extreme weather events over a five year period.

Survey participants were also asked about their personal beliefs on climate change, how human activities influence climate change, and climate science as well as their geographic location.

The team then cross-referenced the survey responses with weather data on floods, hurricanes, drought, and tornadoes that had been compiled by the National Weather Service to compare recollections of weather and the recorded weather reports that happened in different regions at the time.

41.0 percent of the responders said they had experienced a drought in the five year period, however the data only showed that 4.4 percent of people lived in a region that had had a drought.

For floods, 29.3 percent of responders reported experiencing a flood and the corresponding weather data showed only 21.3 percent lived in a county where a flood had happened.

Fewer people reported experiencing a tornado compared to how many actually did, but a majority of the participants, 59.2 percent, agreed with climate change science.

The study shows how influential the media and partisan bias can be when it comes to how we experience climate change. For example, people who were more left-leaning experienced more drought than what was actually recorded.

“This research shows people’s perception of extreme weather can be processed through partisan lenses. This means efforts to connect extreme events with climate change may do more to rally those with liberal beliefs than convince those with more conservative views that humans are having an impact on the climate,” said Lyons. “However, it’s important to note that we take a big-picture look rather than focus on specific events.”