Forget paleo – give the peasant diet a try • Earth.com 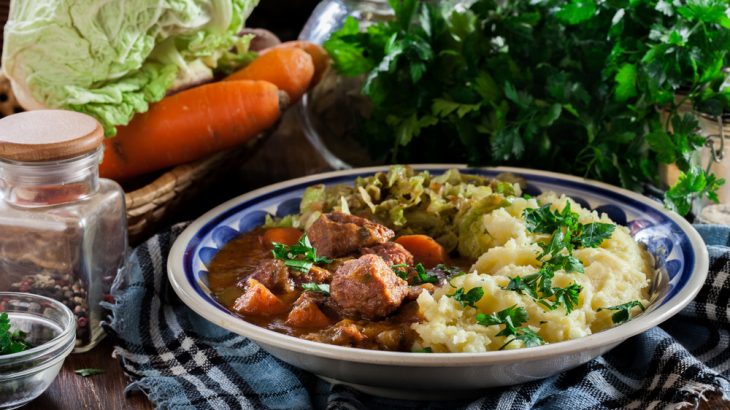 Forget paleo – give the peasant diet a try

If you want to improve your diet but you have your doubts about the paleo trend, a new option could be on the table: the peasant diet.

According to new research, medieval English peasants ate a lot of meat stews, leafy greens and cheese – and their diet was healthier than the modern one.

“The medieval peasant had a healthy diet and wasn’t lacking in anything major!” Dr. Julie Dunne of the University of Bristol told the Daily Mail. “It is certainly much healthier than the diet of processed foods many of us eat today.”

Dunne and her team analyzed the residue in medieval cooking pots near Raunds to find out what people in the inland East Midlands region were eating in medieval times. By looking at the residues of fats, oils, waxes and lipids in the cooking equipment, archaeologists and chemists can piece together an idea of what people in a specific time and place ate regularly.

They discovered that the peasant diet was pretty well-rounded: they found evidence of stews made with beef and mutton, leafy vegetables including cabbage, spinach and leeks, bread and cereals such as oats and barley, butter, and green cheeses.

Foods such as fish were a luxury item in the inland region, though peasants along the coast may have eaten more seafood.

The butter and cheeses were especially important to the peasant diet. Sometimes called the “white meat” of the poor, it would have provided protein, fat and important nutrients, the researchers told the Mail.

“There was also a bakehouse on the site [at Raunds] and we also found plant remains of oats and barley – these would have provided carbohydrate,” Dunne said. “The barley was probably used to make bread and oats may have been added to stews to make ‘pottages’ and ‘bulk’ them out.”

Historical documents, when they’ve mentioned the peasant diet at all, indicated that working families in medieval England ate meat, fish, vegetables, fruits and dairy products, but this is the first study to confirm that. Most historical records focus on the diet of wealthy members of society or royals.

All too often in history the detail, for example food and clothing, of the everyday life of ordinary people is unknown.

“Traditionally, we focus on the important historical figures as these are the people discussed in ancient documents,” Dunne said. “Much is known of the medieval dietary practices of the nobility and ecclesiastical institutions, but less about what foods the medieval peasantry consumed.”

Cracking the peasant diet offers important insight into how everyday people lived in the past, not just the elite.

The study has been published in Journal of Archaeological Science.