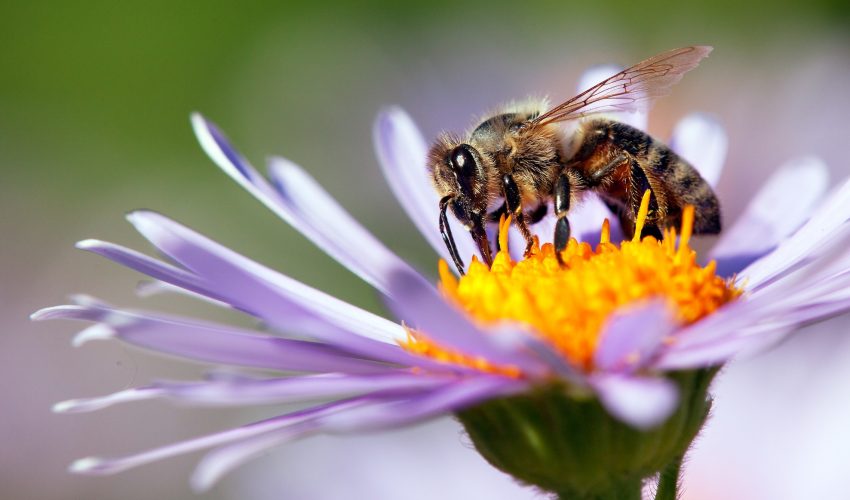 A new study from Utah State University reveals that the majority of people are completely unaware of the broad diversity of bees. While most are aware that bees are a critical component of plant life, they are unfamiliar with species of bees and other pollinators beyond honeybees.

Honeybees are disappearing in alarming numbers, due in large part to habitat loss and contaminants from pesticides. Bee populations are also declining due to a phenomenon known as colony collapse disorder, a mysterious event where the majority of worker bees do not return to the colony.

Lead author Joseph Wilson teamed up with Matthew Forister of the University of Nevada-Reno and Utah State University graduate Olivia Messinger Carril to determine how much is generally known bees.

“In our recent survey, 99 percent of our respondents said bees are critical or important, yet only 14 percent were able to guess within 1,000, the actual number of bee species in the United States,” said Wilson. “Most people estimated around 50 species of bees, while the correct number is about 4,000 known species.”

Participants were also shown images of varied insects for the study. Many individuals had a difficult time identifying the bee species, and most were unable to do so.

“A challenge with lack of knowledge about bees is you can’t protect what you’re not aware of,” said Wilson. “We could be losing species or causing decline and not even know it.”

Wilson pointed out that public education could help gain much-needed support for bee conservation efforts. “Education and outreach are key to understanding bee declines and protecting our pollinators,” he explained.

“The U.S. Postal Service recently released its ‘Protect Pollinator’ series, which features only the European honeybee and the monarch butterfly,” said Wilson. “A social media commenter observed that using these two species on a campaign to protect pollinators is akin to focusing on chickens to save birds. It’s a pretty good comparison, actually.”

The findings of the study are published in the online edition of Frontiers in Ecology and the Environment.