People remain optimistic throughout the majority of life • Earth.com 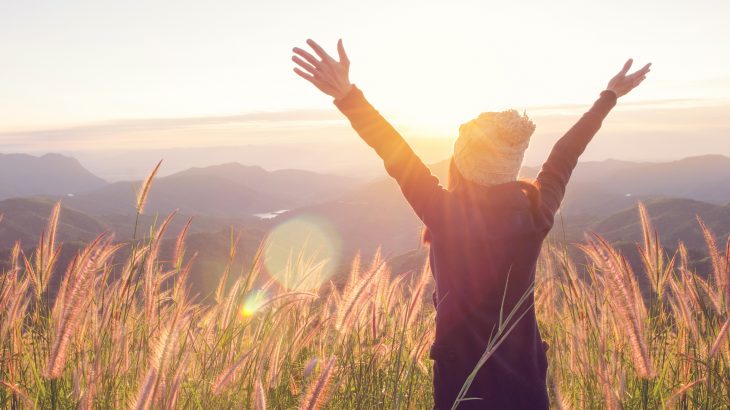 When are we the most hopeful in life? While some studies suggest that people are generally the most optimistic in middle age, a new study shows that humans are much more resilient, holding onto hope for the future throughout the majority of life.

Researchers from Michigan State University have led the largest study of its kind to investigate when people feel the most optimistic, and how major events affect this outlook.

“Even people with fairly bad circumstances, who have had tough things happen in their lives, look to their futures and life ahead and felt optimistic.”

The investigation was focused on 75,000 individuals between the ages of 16 and 101. The experts accounted for life events such as marriage, divorce, new jobs, retirement, changes in health, and the loss of a partner, parent, or child.

“Counterintuitively – and most surprising – we found that really hard things like deaths and divorce really didn’t change a person’s outlook to the future,” said Professor Chopik.

“This shows that a lot of people likely subscribe to the ‘life is short’ mantra and realize they should focus on things that make them happy and maintain emotional balance.”

Professor Chopik explained that regardless of life’s good and bad circumstances, from the time people are 15 to about 60 or 70, they become more and more optimistic.

“There’s a massive stretch of life during which you keep consistently looking forward to things and the future. Part of that has to do with experiencing success both in work and life,” said Professor Chopik.

“You find a job, you meet your significant other, you achieve your goals and so on. You become more autonomous and you are somewhat in control of your future; so, you tend to expect things to turn out well.”

The study showed that there is a shift toward declining optimism in the elderly phase of life, which is likely driven by health-related concerns and having fewer years ahead. While the elderly are not full-fledged pessimists, there is still a noticeable change, said Professor Chopik.

“Retirement age is when people can stop working, have time to travel and to pursue their hobbies. But very surprisingly, people didn’t really think that it would change the outlook of their lives for the better.”

Professor Chopik noted that one of the most profound findings is  how resilient people are in life.

“We oftentimes think that the really sad or tragic things that happen in life completely alter us as people, but that’s not really the case.”

“You don’t fundamentally change as a result of terrible things; people diagnosed with an illness or those who go through another crisis still felt positive about the future and what life had ahead for them on the other side.”