This year's ozone hole is larger than Antarctica • Earth.com 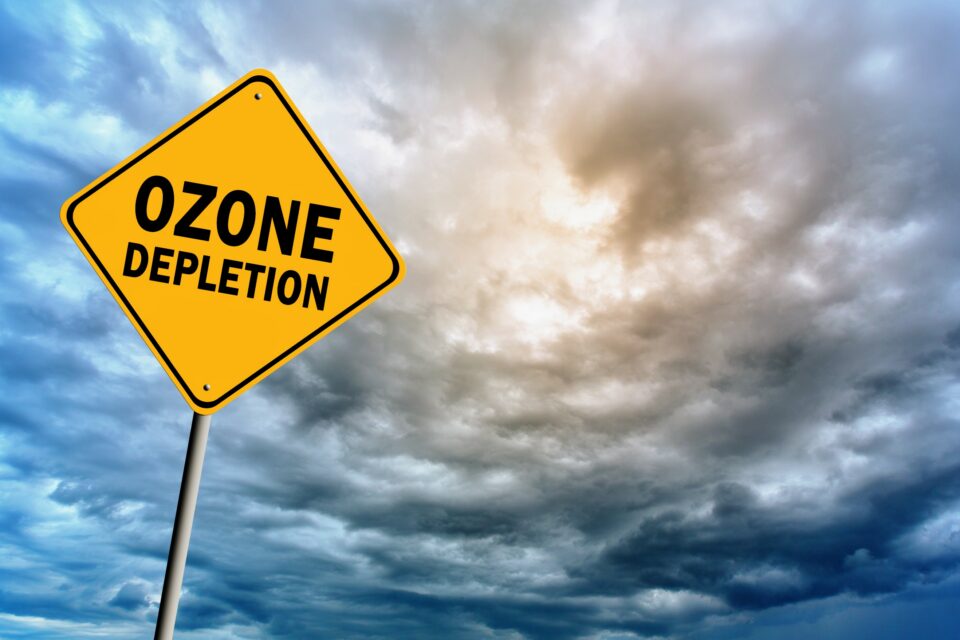 This year's ozone hole is larger than Antarctica

According to European Union’s Copernicus Atmosphere Monitoring Service, the ozone hole that forms annually over the South Pole is currently larger than the whole of Antarctica, the continent over which it looms. Scientists claim that even if climate change is completely halted, there are slim chances for the ozone layer to recover until the 2060s or 2070s.

The ozone layer, placed between 9 and 22 miles above the Earth, is crucial for protecting the planet from ultraviolet radiation. The ozone depletes and forms a hole over the Atlantic each spring, which generally lasts from August to October in the Southern Hemisphere.

This hole is caused by chemicals such as chlorine, carbon, and bromine (chlorofluorocarbons) which migrate into the stratosphere and prompt catalytic reactions during the Antarctic winter. It is also connected to the Antarctic polar vortex, a large area of cyclonic air circulation in the upper-atmosphere moving around the Earth.

When temperatures in the stratosphere start rising towards the end of spring, ozone depletion usually slows, returning to normal levels by December.

“This year, the ozone hole developed as expected at the start of the season,” director of the Copernicus Atmosphere Monitoring Service Vincent-Henri Peuch declared. “It seems pretty similar to last year’s, which also wasn’t really exceptional until early September, but then turned into one of the largest and longest-lasting ozone holes in our data record later in the season.”

“Now our forecasts show that this year´s hole has evolved into a rather larger than usual one. The vortex is quite stable and the stratospheric temperatures are even lower than last year, so it may continue to grow slightly over the next two or three weeks.”

Although experts believe that the regulation of chemicals that deplete the ozone layer following the Montreal protocol from 1987 prevented catastrophic consequences, this year’s size of the ozone hole is extremely worrisome, making scientists ask themselves if we are doing enough to prevent further deterioration of our planet. More intense and sustained collective action is definitely needed to mitigate climate change and help the ozone layer recover.