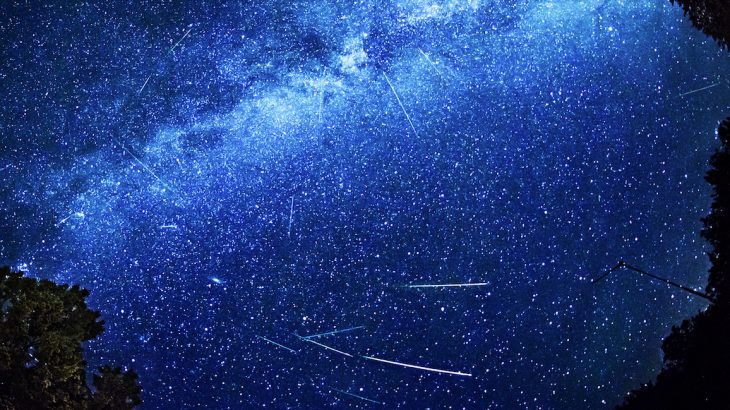 The Perseid meteor shower, one of the most spectacular meteor showers of the year, is set to peak on August on 12th and 13th.

While a full moon and cloudy skies will make it difficult to see the shower, lucky stargazers can still expect to see a few streaking meteors make their way across the night sky.

According to the American Meteor Society, the Perseids are active from July 17th through August 24th, but during the evening and early hours of Monday and Tuesday, the shower will reach its peak.

What makes the Perseids so popular are the number of meteors visible during the peak.

“Up to 100 meteors per hour will occur during the peak night,” said Dave Samuhel, an Astronomy expert for AccuWeather. “Perseids are not only numerous, they are beautiful. Most of the meteors leave a glittering trail as they pass.”

The Perseids meteor shower seems to originate from the constellation Perseus, which is where the shower gets its name. The meteors themselves are the debris left behind by the comet Swift-Tuttle, according to the National Aeronautics and Space Administration (NASA).

If you live in the western United States and the southern plains you may be lucky enough to see the shower. For the best chance to see the Perseids, look to the darkest parts of the sky, keeping the moon out of sight.

The Northeast and Canada will have mostly cloudy skies, making meteor spotting difficult, according to AccuWeather.

If cloudy conditions obstruct your view or you live in a densely populated city, NASA will be broadcasting coverage of the shower starting tonight at nine p.m. Eastern time.

“The Perseids are most active after midnight through daybreak. However, there are so many meteors during this shower, don’t hesitate to view during the evening,” said Samuhel.