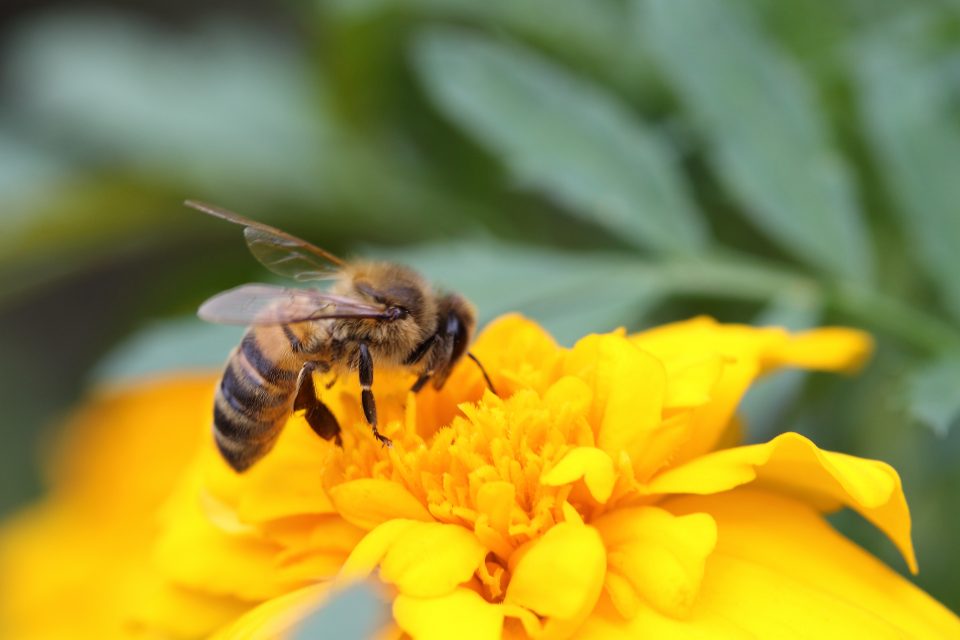 Populations of wild bees are dramatically declining as a result of pesticides and food scarcity, according to a new study from UC Davis. The researchers found that the compounding effects of pesticide exposure and the loss of flowering plants have reduced blue orchard bee reproduction by 57 percent.

The study showed that pesticides have the greatest impact on nesting activity and reproductive success. Pesticide exposure was found to reduce bee reproduction at least 1.75 times more than food scarcity.

For their investigation, the researchers exposed blue orchard bees to the neonicotinoid insecticide imidacloprid, which is the most widely used neonicotinoid in the United States.

Nesting female bees were set up in large experimental cages under various conditions. The artificial environments contained either high or low densities of wildflowers. In some of the cages, the flowering plants had been treated with insecticide.

Reproduction among bees is mainly affected by two factors – the probability that females will nest and the total number of offspring they have. The study demonstrated that pesticide-exposed and food-deprived female bees delayed the onset of nesting by 3.6 days and spent five fewer days nesting.

According to study co-author Professor Neal Williams, this is a substantial delay considering that bees only nest for a few weeks. The production of female bees also determines the health of future bee populations.

The study authors said the findings could help farmers make decisions about how they manage the environment around orchards. The study results reinforce the need for growers to carefully think about where they plant flowers to help avoid pesticide exposure.