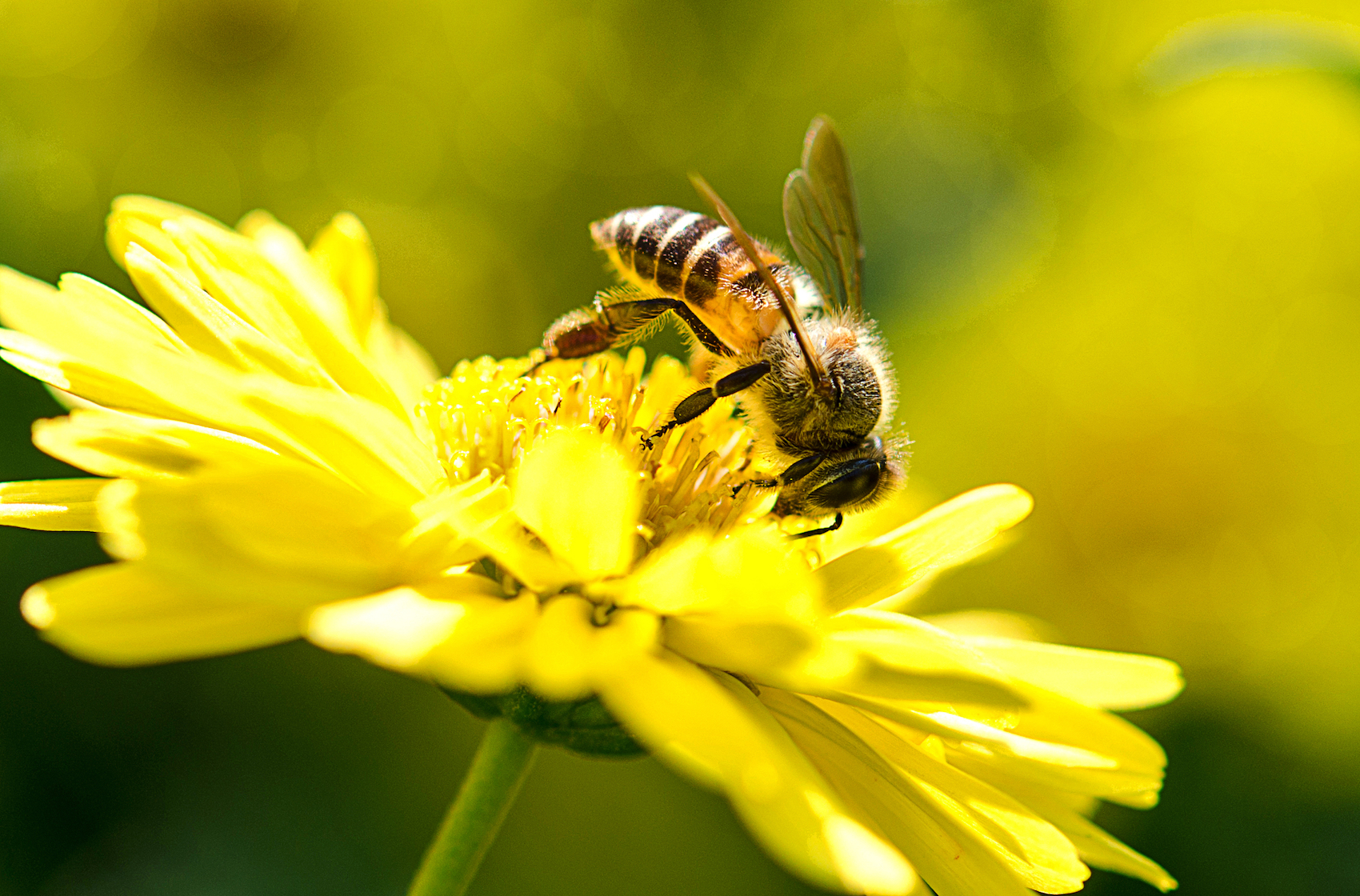 Widely used pesticide could cause even more honey bee deaths

Pesticides are almost as widely studied as they are widely used. From Rachel Carson’s famous book Silent Spring to the ever growing organic produce market, many people have found ways to either expose or avoid the dangers of certain pesticides. Most recently, biologists at the University of California San Diego have shown for the first time that the popular pesticide thiamethoxam can significantly damage the ability of honey bees to fly.

Thiamethoxam is a widely utilized neonicotinoid insecticide used on crops such as corn, soybeans, and cotton. Prior research had shown that foraging honey bees that ingested neonicotinoid pesticides were less likely to return to their home nest, which led to population declines.

The researchers determined this by building a flight mill – which is a bee flight-testing instrument – from scratch and flying bees under consistent and controlled conditions. Bees that were exposed to typical levels of this neonicotinoid had severely impaired flight distance, duration, and velocity.

Long-term exposure to thiamethoxam over a period of one or two days reduced flight ability, while short-term exposure actually increased their activity levels. The bees would fly farther, but in a noticeably more erratic pattern. “Bees that fly more erratically for greater distances may decrease their probability of returning home,” says Nieh.

Although the pesticide does not result in the immediate death of these bees, its effects can eventually lead to their demise. “The honey bee is a highly social organism, so the behavior of thousands of bees are essential for the survival of the colony,” explains Nieh. “We’ve shown that a sub-lethal dose may lead to a lethal effect on the entire colony.”

The importance of honey bees cannot be overstated. They are a keystone species in many ecosystems, and provide the extremely necessary pollination of crops all over the world. Further decline in these populations could result in major problems for food security and availability in countries on every continent.