Pheasants are most vulnerable in unfamiliar territory • Earth.com 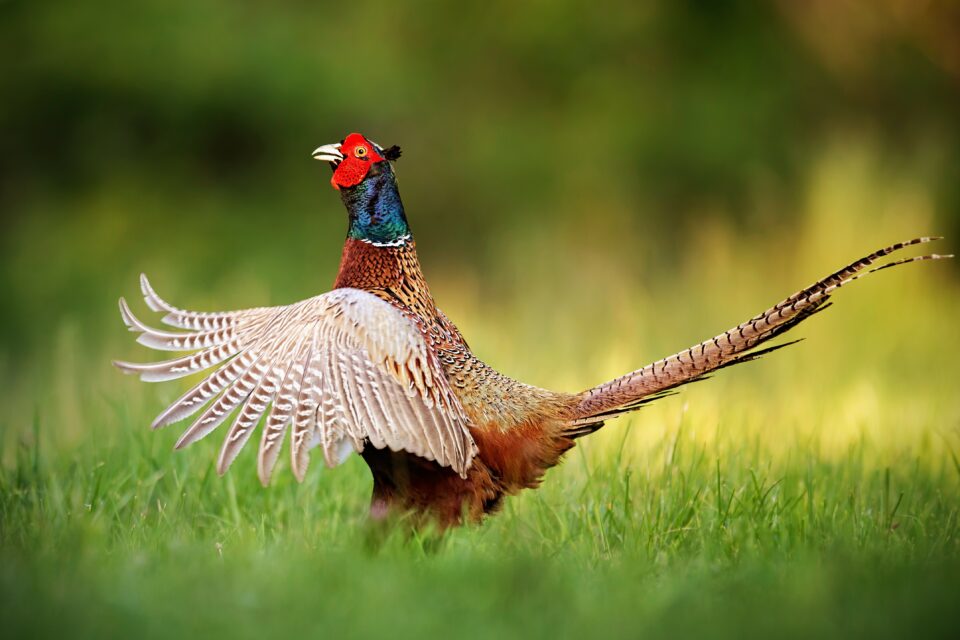 Pheasants are most vulnerable in unfamiliar territory

Pheasants are more likely to be killed by predators in unfamiliar areas, according to a study led by the University of Exeter. The experts note that most animals know the central areas of their home ranges better than the edges.

For the investigation, the researchers tested the cognitive abilities of more than 100 captive-reared pheasant chicks. The birds were then tagged and released into the wild.

During a six-month study period, about 40 percent of the pheasants were killed by predators, which were primarily foxes.

The results show that the pheasants were far more likely to be killed near the edge of their range. The researchers say this was due to inexperience in these areas, because other birds that knew the same spots well were not likely to die there.

“For pheasants, experience within an area is much more important for predicting whether they are killed by predators than how dangerous the area is itself,” said study lead author Dr. Robert Heathcote.

“Ambush predators like foxes are quite habitual in their hunting behavior, so local pheasants may learn particular locations where foxes prefer to stalk their prey or lie in wait.”

“Another explanation is that, with time, pheasants might gain more knowledge about the fastest and safest escape routes should they be attacked.”

“Our study suggests this might cause pheasants to evolve better spatial memory, allowing them to expand the region that they have detailed knowledge about.”

Before their release, the birds were tested on two kinds of spatial memory by using a maze and a memory task. Ultimately, the researchers found that chicks with greater cognitive abilities grew up to have a larger range.

“One of the tasks we presented the chicks was to learn to navigate through a carefully designed maze to test for navigation-related spatial cognition including spatial reference memory,” said study co-author Dr. Mark Whiteside.

“The ability to remember locations such as sites for foraging, drinking and refuge could explain why individuals that performed well on this task had larger home ranges after their release into the wild.”

“Their performance in these tests that were administered when the birds were just a few weeks old went on to predict their chance of being killed by foxes months later.”

The team was able to establish the cause of death by using a novel reverse-GPS tracking system developed by Professor Sivan Toledo of Tel-Aviv University and Dr. Yotam Orchan of Hebrew University of Jerusalem. The high-precision system enabled the team to determine the exact timing, location, and cause of death among tagged birds.

“Our findings show that basic spatial abilities, revealed by tests in mazes, relate to real-world space use in the wild and, crucially, affect the survival of individuals in the face of predation,” said study co-author Dr. Joah Madden.

The research, which was funded by the European Research Council, is published in the journal Nature Ecology and Evolution