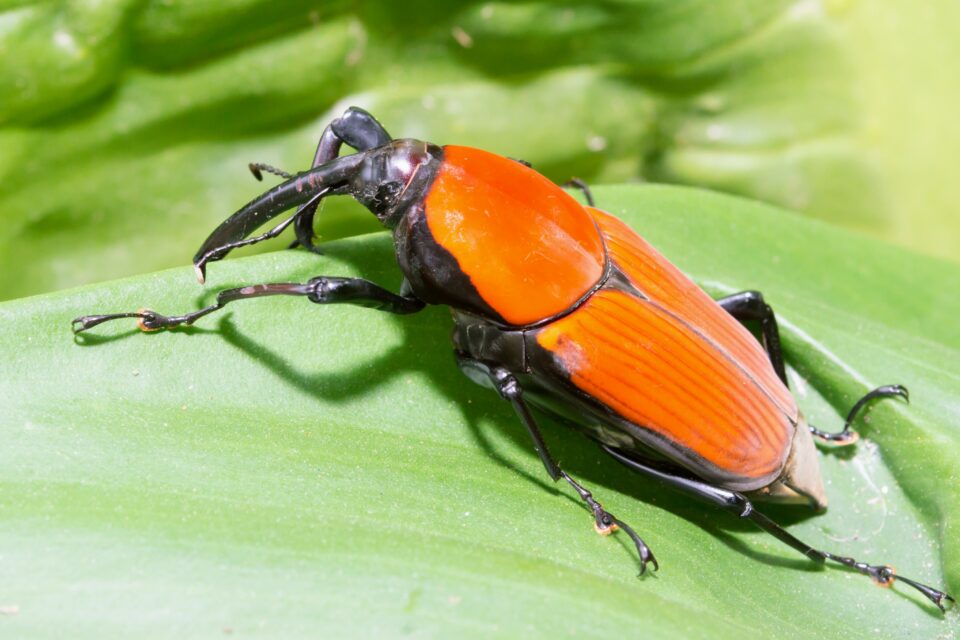 Invasive, long-nosed beetles known as palm weevils are destroying palm trees across California. In San Diego County alone, palm weevils have killed more than 20,000 palm trees since they were first detected in 2016.

Now, scientists at UC Riverside are testing the effectiveness of a pheromone to attract and kill weevils. By seducing the beetles with the chemicals, experts may be able to save palm trees without harming bees.

According to study co-author Mark Hoddle, the weevils’ ability to produce very large populations is currently unchecked as there are no native natural predators that control this pest.

“Near Chula Vista there’s a road called Palm Avenue, but it’s all stumps and dead trees now, and the weevils are transforming the visual appeal of Old Town San Diego as well,” said Hoddle.

Currently, the only way to control palm weevils is with the application of insecticides. These treatments are expensive, and are applied several times a year.

“A weevil infestation is a death sentence for the palm. These insects have 100% kill rate in three to six months, unless the tree is treated very aggressively. Even treatment may not be enough to save an infected palm,” explained Hoddle.

“One of the only ways we’re currently able to kill them is by spraying 60-foot palm trees. It’s literally raining insecticide from high-pressure hoses,” said Hoddle.

Some city managers are injecting the surrounding soil with insecticides, but this can have unintended negative effects on bees. “The insecticide they’re using belongs to a class of pesticides called neonicotinoids, which has been implicated in bee decline,” explained Hoddle.

The pheromone is specific to the South American palm weevil, and is attractive to both male and female weevils.

“The weevil flies to it, walks over it several times, realizes there’s nothing in it to mate with and flies off. But by the time it’s gone, it’s gotten a lethal dose of insecticide,” said Hoddle.

According to the researchers, this new approach could provide weevil control at much lower costs, as well as reducing the amount and types of insecticides applied. The treatment may ultimately prevent the migration of palm weevils to Coachella Valley, which is home to a $100 million date palm industry.

Just a few “super flyers” could enable such an infestation of Coachella Valley, Hoddle said. “The date growers in Coachella could really use this. If it works in San Diego, we’ll have a tool ready for them.”