Almost half of physicians in the U.S. suffer from burnout • Earth.com 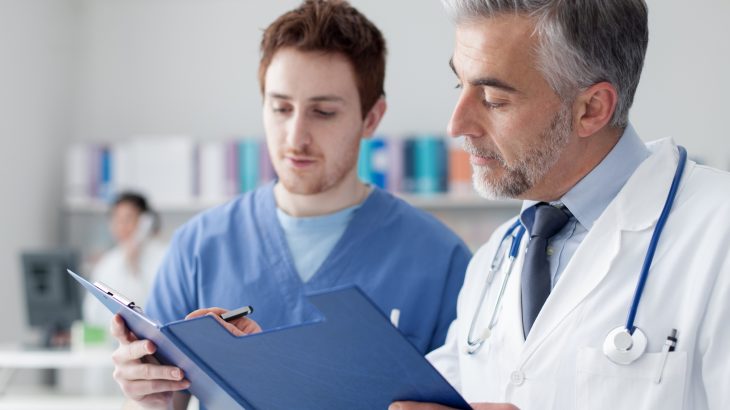 Almost half of physicians in the U.S. suffer from burnout

According to a new study, nearly half of resident physicians in the United States are suffering from burnout – an epidemic that threatens patient care as well as the health of the doctors themselves. Exhaustion is one of the leading symptoms of physician burnout, which can lead to serious mistakes in healthcare administration.

The researchers found that 45 percent of the physicians involved in the analysis experienced at least one major symptom of burnout. The study revealed that doctors in urology, neurology, emergency medicine, and general surgery are at the highest risk of burnout.

The experts also determined that high levels of anxiety and low levels of empathy during medical school are strong predictors of burnout during residency, regardless of the specific practice.

“Our data show wide variability in the prevalence of burnout by clinical specialty, and that anxiety, social support and empathy during medical school relate to the risk of burnout during residency,” said study first author Dr. Liselotte Dyrbye.

Residents with burnout were three times more likely to report that they regret the decision to become a physician. When asked if they would still become a physician if they could change this decision, those in pathology and anesthesiology were the most likely to respond “definitely not” or “probably not.” Furthermore, the higher the level of anxiety reported during medical school, the greater the chance that the individuals regretted becoming a physician.

On the other hand, the majority of residents reported that they are satisfied with both their career choice and specialty. In particular, participants who reported high empathy scores during medical school appeared to be more resilient to burnout during residency.

The findings of this research contradict the common assumption that physicians need a “thick skin” or an emotional indifference to perform well.

Across approximately 50 medical schools, high empathy scores were associated with the willingness to choose the same specialty again. In addition, participants who reported higher emotional social support during medical school were usually more satisfied with their career choices.

The study is published in the Journal of the American Medical Association (JAMA).