Phytoplankton can't live everywhere due to physical barriers in the oceans • Earth.com 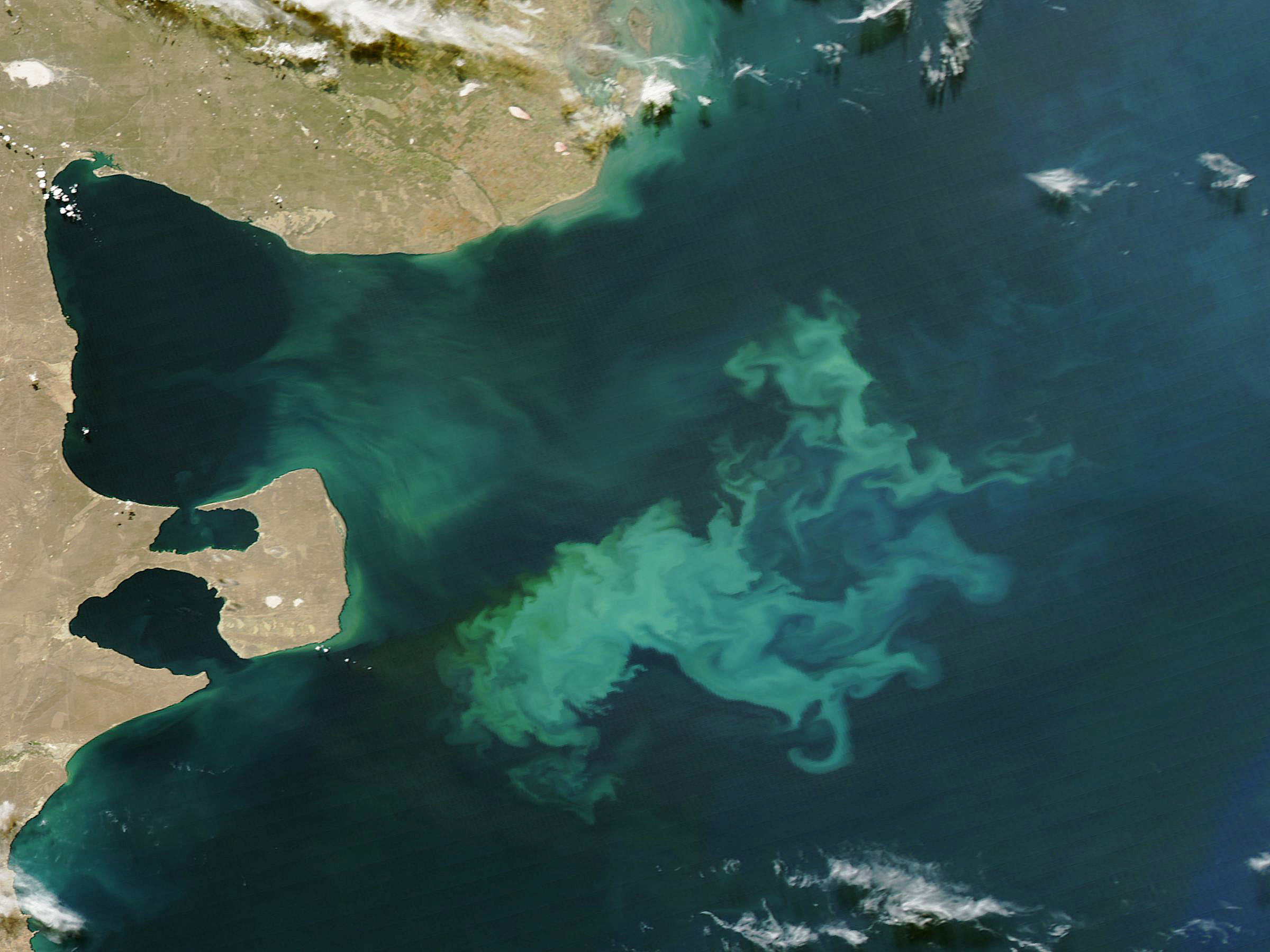 Subtle and short-lived differences in ocean salinity or temperature function as physical barriers for phytoplankton, and result in a patchy distribution of the oceans’ most important food resource. The new research from the Center for Macroecology, Evolution and Climate at the University of Copenhagen may help explain the large biodiversity in the sea.

Phytoplankton are microscopic algae that live free-floating in the sea, transported around by ocean currents. The composition of phytoplankton communities affect other microscopic organisms, fish and even whales, as they constitute the base of the food web in the sea.

“The oceans are full of invisible barriers that occur when temperature or salinity changes. Our new research shows that even short-lived barriers of just a couple of days or weeks, are enough to influence phytoplankton communities. This provides us with new insight into how the high biodiversity of phytoplankton is maintained and how the food web might be affected”, says lead author and Postdoc Erik Mousing from the Center for Macroecology, Evolution and Climate at University of Copenhagen.

In recent decades, researchers have increasingly understood how small organisms are separated by relatively permanent fronts in the sea caused, for example, by large ocean currents. However, this is the first time researchers demonstrate that short-lived changes in salinity or temperature also lead to changes in the composition of algae communities.

While it is known that physical barriers on land, such as rivers and mountains, can lead to the development of new plant and animal species over time, the oceans have primarily been perceived as a homogeneous environment. Therefore, it has been difficult to explain the large biodiversity of small algae.

“Our results show that the distribution of phytoplankton is much patchier than previously assumed as a result of these commonly occurring weak fronts. Coupled with the short generation time of phytoplankton the local barriers caused by these fronts could help explain why phytoplankton diversity is so large. Thus, at least in terms of the overall mechanisms controlling biodiversity, the terrestrial and marine systems are not fundamentally different”, says co-author and Professor Katherine Richardson, from the Center for Macroecology, Evolution and Climate.

In the study, which was published today in the Journal of Ecology, the researchers analyzed 30 samples of phytoplankton from 16 locations in the North Atlantic. They also measured temperature and salinity in different water depths. Based on the samples, the researchers were able to map out a front with different salinities on each side. The species composition of phytoplankton was significantly different on either side of the front.

“Although our results are based on samples in the North Atlantic, weak and short-lived fronts occur in oceans all over the world. Therefore, there is every reason to believe that the influence of these small scale fronts on phytoplankton is a common feature in the world’s oceans”, concludes Erik Mousing.

The study has been conducted in cooperation with the Danish ClimateLab, NASA and the University of Maine.