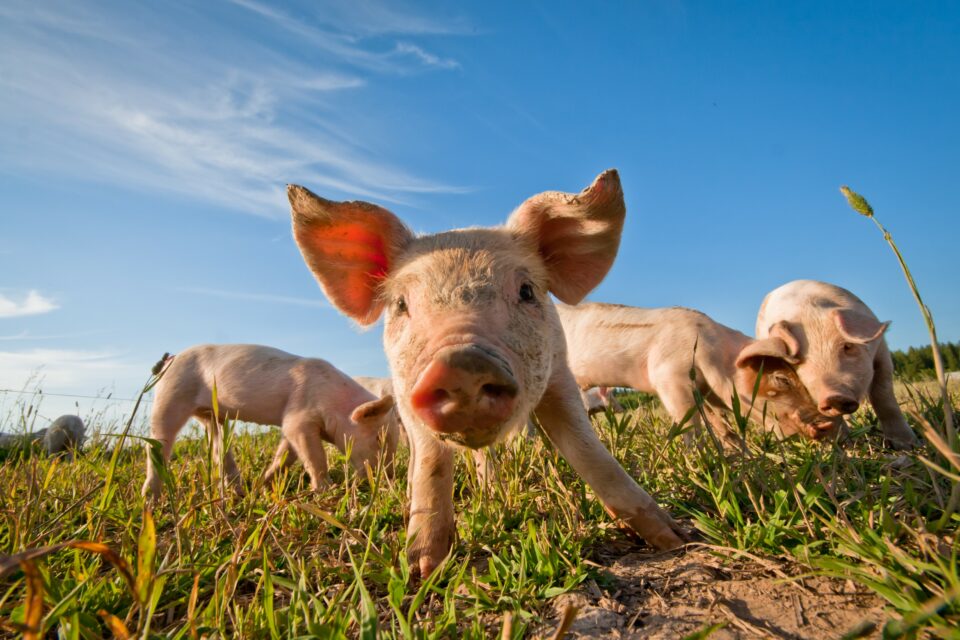 While many animal species, including minks, dogs, cats, hamsters, or lions, can become ill when exposed to SARS-CoV-2, pigs seem to be quasi-immune. Even if they can be infected by the virus when exposed to high doses, the infection is most of the times self-limited and they neither show any clinical symptoms, nor transmit the virus to other animals or to humans. A research team led by Iowa State University set out to find why are pigs so resistant to infection with the new coronavirus.

By introducing the virus to cultured porcine and human respiratory epithelial cells, the researchers found that pig cells underwent “apoptosis” (or controlled cell death) in response to infection at a much higher rate than human respiratory cells.

“When we looked under the microscope there was an interesting phenomenon going on inside the cells,” said study lead author Rahul Nelli, a research assistant professor of Veterinary Diagnostic and Production Animal Medicine at Iowa State University. “The nuclei of the infected pig cells were starting to shred into fragments, but not those of the uninfected pig cells.”

According to the scientists, this shredding of the nucleus of infected cells (a telltale sign of apoptosis) soon after the coronavirus entered the cells causes minimal tissue damage and confines viral replication, thus significantly limiting severe illness.

While human cells can also undergo apoptosis in response to coronavirus infection, they are roughly 100 times less likely to do this than porcine cells. Instead, human cells more often go through necrosis, another form of cell death that is less controlled than apoptosis and can trigger dangerous hyperimmune reactions.

“We don’t want to over-conclude, but apoptosis is probably something intrinsic to the pig immune system that is innate and not acquired,” explained study co-author Luis Giménez-Lirola, an associate professor of Veterinary Diagnostic at Iowa State University. “The idea is to kill the virus subtly but fast enough so there’s not an excessive immune response triggered.”

Further research could lead to therapies designed to trigger apoptosis in human cells, and thus help patients avoid severe illness. A first step in this direction would be to identify all the genes activated during the infection process and compare them to those of animal species that appear to be more resistant to COVID-19.

The study is published in the journal Cell Death Discovery.