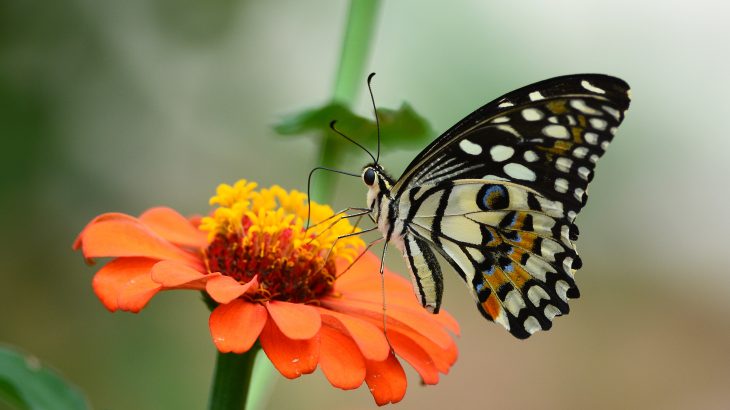 During the worst fire year on record in the United States, scientists are working to understand how wildfires affect interactions between plants and animals.

A study based in the northern Rocky Mountains has revealed that the codependency of flowering plants and their pollinators serves as the strongest indicator of which species will be present across burned landscapes.

Study co-author Jonathan Myers is an associate professor of Biology at Washington University.

“A large number of studies have looked at how fire affects plants, or how fire affects animals. But what is largely understudied is the question of how fire affects both, and about how linkages within those ecological networks might respond to fire disturbance,” said Professor Myers.

“What we are seeing is that plant and pollinator linkages become even more important in disturbed or burned landscapes. These connections are important for restoring ecosystems in which natural wildfire regimes have been altered or suppressed by human activities.”

“And as climate change increases the frequency and intensity of wildfires, the potential for biodiversity loss – for losses of individual plant or pollinator species – is going to be even more profound than we anticipated.”

Study co-author Laura Burkle at Montana State University surveyed plants and pollinators at 152 sites in Montana, which included plots with no recent wildfire, mixed-severity wildfire, and high-severity wildfire. The data was analyzed in collaboration with The Wilderness Society.

Throughout the sites, the number of individual bees, flies, butterflies, and flowering plants were found to be higher in parts of the landscape that had burned compared to those that had not burned. The experts report that these increases were greater in areas that had experienced mixed-severity wildfire, which leaves some vegetation intact.

“Oftentimes, the public perception about fire in general is that it is bad. But it was impressive how much higher the abundances of both plants and pollinators were — as well as the number of species — in the burned landscapes compared with the unburned landscapes,” said Professor Myers.

While the study shows how fire can benefit plant and pollinator diversity, the outcome is not the same for high-severity burns that eliminate important landscape features that pollinators require. Pollinator populations are declining in the northern Rockies and across the globe.

“Thanks to this project, we now have very in-depth knowledge of local pollinator communities, especially the bee communities,” said Burkle. “One of the benefits of these data is to be able to provide expert knowledge about declining pollinator species and species of concern, like the Western Bumble Bee (Bombus occidentalis), which is currently being considered for federal listing under the Endangered Species Act.”

“This means that biotic interactions among species are important and will need to be considered more explicitly in conservation actions, like plans for species range shifts with climate change.”