Un-American? Effeminate? Breaking the stigma of a plant-based diet • Earth.com 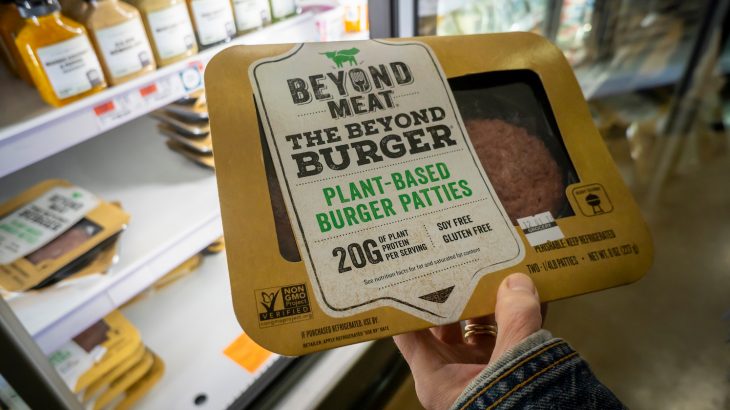 Un-American? Effeminate? Breaking the stigma of a plant-based diet

This past week, it was announced that demand for plant-based burgers made by Impossible Foods is growing so fast that the company is struggling to keep up. In a number of major cities, going vegan has been trendy for some time now, and while many make the decision for health reasons, scientists also argue that a shift toward plant-based foods will also help combat climate change.

But in many places in the United States, there is still a stigma about plant-based diets, and many judgments and prejudices are leveled at vegetarians and vegans.

Recently I read a post on Reddit talking about homophobic and demeaning insults one man received from coworkers and others for becoming vegan.  One of the insults he received was that he was being ‘un-American’ for not eating meat. In a country where cowboys and ranching are parts of the national myth, this idea is common.

Of course, this hateful rhetoric is also related to views of masculinity in America.  When my fiancé and I go out for a beer at our favorite sports bar, I usually order a veggie burger and she usually orders hot wings.  As often as not, when the food is brought to our table, the wings are placed in front of me, while she is offered the vegetarian option.  We quietly switch plates after the server has left the table. Being vegetarian, vegan or simply eating a non-meat option when animal flesh is available is seen as effeminate.

The statistics back this view up.  HuffPost reported in 2017 that among Americans, vegans are 79% female.  With vegetarians, the dominance of women isn’t quite as pronounced, as 59% of vegetarians are women and 41% are men.  In a male dominated society where the views of women have traditionally been belittled as ‘emotional’, it’s easy to equate masculinity with Americanism.  Another anecdote illustrates this easily. Besides being a meat eater, my fiancé is also a military veteran. On a number of occasions, I’ve accompanied her to Veteran’s hospitals for routine medical check ups.  Three times I remember her speaking to a receptionist, only for the receptionist to assume I was the veteran and redirect to conversation towards me.

American men are so tied into the idea that eating meat is masculine that a study by Atilla Pohlmann found American men actually use meat to reaffirm their masculinity.  Men in the study had their masculinity threatened and then were allowed to order pizza through an online program.  The toppings allowed on the pizza were either all meat toppings or all vegetable toppings. After ordering the pizza, anxiety levels were measured.  The men allowed to order meat toppings showed lower anxiety levels than the men allowed only vegetables. The study suggests that meat can be used as a way of reinforcing a masculine self-identity.

Violence is often seen as a masculine trait and violence against animals is no different, so in this way a certain level of aggression is seen as American.  Sports like football seem to reinforce this. The special treatment afforded to US soldiers and veterans is also tied up into this view of violence or physical prowess as being ‘American’ as opposed to pacifism.

From a historical perspective, this makes perverse sense.  Originally, only wealthy, white males were allowed to participate in the American government in ways as simple as voting.  Slowly minority groups and women have been allowed to participate in US politics. The same is true for service and equal treatment in the military.  Even now, there is an ongoing and heated debate about the role of not just women but also transgender people in the US military. Traditionally, certain groups were excluded from being fully part of American politics and decision-making.  Women and many minority groups have yet to land a single candidate in the office of US president. With this history, it isn’t surprising that many groups of people are seen as less American but it is unfortunate.

Pew Research released a poll in 2017 on what most people feel is necessary to be ‘truly’ American.  Dietary choices weren’t considered in the poll, but considering the already established ties to gender and political leanings, it can still be telling.

43% of Republicans still feel Christianity is an important part of being an American, while only 29% of Democrats feel this and even fewer independents agree.  60% of Republicans also say it’s important to share ‘American culture’ to be an American, while less than half of independents and Democrats agree. It raises the question of what exactly constitutes American culture but it seems likely that grilling burgers for Fourth of July might be included.  The problem is that there are ideas of which people should be included and which should be excluded at all.

We’re living in a quickly changing world.  The workforce of the US is changing and along with it the traditional role of men in society and family.  Traditionally masculine jobs like manufacturing are in decline.  Connected to that is the fear and hate directed at minority groups and immigrants seen as taking jobs that are really being lost to technology and international economic decisions.  When men lash out at people for not eating meat, perhaps they’re really just trying to compensate for the sense of the loss of their own American brand of masculinity.