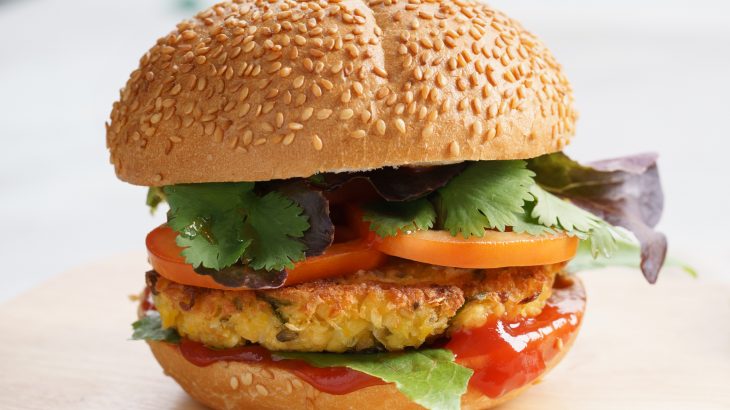 While a patty made of plants should obviously be healthier than a hamburger, many of the new meat alternatives are processed foods that contain high levels of saturated fat and added sodium. All of these factors have been shown to contribute to cardiovascular disease risk, noted study senior author Dr. Christopher Gardner.

“There’s been this sort of backlash against these new meat alternatives. The question is, if you’re adding sodium and coconut oil, which is high in saturated fat, and using processed ingredients, is the product still actually healthy?”

The researchers measured the levels of the molecule trimethylamine N-oxide (TMAO) in the body. This particular molecule has been linked to an increased risk of cardiovascular disease.

The study revealed that TMAO levels were lower when study participants were eating plant-based meat.

Red meat contains two precursors to TMAO, carnitine and choline, so it is possible that individuals who regularly eat beef, pork or lamb will simply have higher levels of TMAO.

“At this point we cannot be sure that TMAO is a causal risk factor or just an association,”said Dr. Gardner. However, he said there is good reason to pay attention to TMAO levels. Recent studies have shown that high levels of TMAO are consistent with increased inflammation and blood clotting, among other health concerns.

According to Dr. Gardner, one particular study found that people with elevated TMAO had a 60 percent higher risk of heart attack and other cardiovascular events.

In the current study, participants who ate the red-meat diet during the first eight weeks had an increase in TMAO that was not observed among individuals who ate the plant-based diet first.

In addition, something unexpected happened when the volunteers switched diets. Those who transitioned from meat to plant had a decrease in TMAO levels, which came as no surprise. However, individuals who switched from plant to meat did not see an increase in TMAO.

“It was pretty shocking; we had hypothesized that it wouldn’t matter what order the diets were in,” said Dr. Gardner.

The experts determined that there are bacterial species responsible for triggering the development of TMAO in the gut. These bacterial species are thought to flourish in people who eat a lot of red meat, but may be less abundant or absent in vegetations.

“So for the participants who had the plant-based diet first, during which they ate no meat, we basically made them vegetarians, and in so doing, may have inadvertently blunted their ability to make TMAO,” explained Dr. Gardner. This indicates that a similar approach could be used as a strategy to lower cardiovascular disease risk.

Beyond TMAO, plant-based meats were also linked to less weight and lower levels of bad cholesterol, regardless of which diet the participants ate first.

“The modest weight loss observed when participants substituted the plant-based meats in place of the red meats is an unexpected finding, since this was not a weight-loss study,” said study lead author Dr. Anthony Crimarco. “I think this indicates the importance of diet quality. Not all highly processed foods are created equal.”