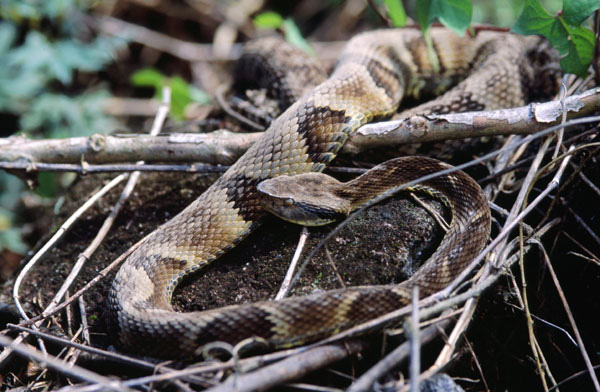 Plant compound found to be effective at treating snake bites

Experts have identified an inexpensive, plant-based compound that may help in treating snake bites along with anti-venom. The researchers have demonstrated that rutin, a bioflavonoid found in certain vegetables and fruits such as apples, prevents some secondary complications among envenomed mice.

The study, led by Ana Teresa Azevedo Sachetto of the Instituto Butantan in Brazil, showed that rutin may be particularly useful in complementing an anti-venom to treat snake bites from a species of pit viper known as Bothrops jaraca, or jararaca. These snakes are native to southern Brazil, Paraguay, and northern Argentina.

While anti-venom can effectively treat the major symptoms of snake bites, there are no effective therapies for common secondary complications. Venom toxins from Bothrops jaraca may trigger bleeding, disrupt oxidation reduction in cells, and inhibit the body’s ability to stop bleeding.

To investigate the potential therapeutic benefits of rutin against B. jararaca venom, the researchers injected both venom and rutin into a group of mice and then analyzed blood and tissue samples. The rutin appeared to protect the mice against certain secondary complications such as bleeding and inflammation.

According to the researchers, the mechanisms underlying the clinical complications in patients bitten by B. jaraca snakes are not well understood. Furthermore, anti-venom therapy is limited in its ability to treat the full range of complications that may occur following a snakebite.

Future studies are needed to understand rutin activity after venom has triggered pathophysiological events, as well the specific therapeutic effects of rutin delivered with anti-venom.

The study authors said that the research “indicates that rutin has a great potential as an ancillary drug in concert with anti-venom therapy to treat snake bites, particularly in countries where antivenom availability is scarce.”

The study is published in the journal PLOS Neglected Tropical Diseases.