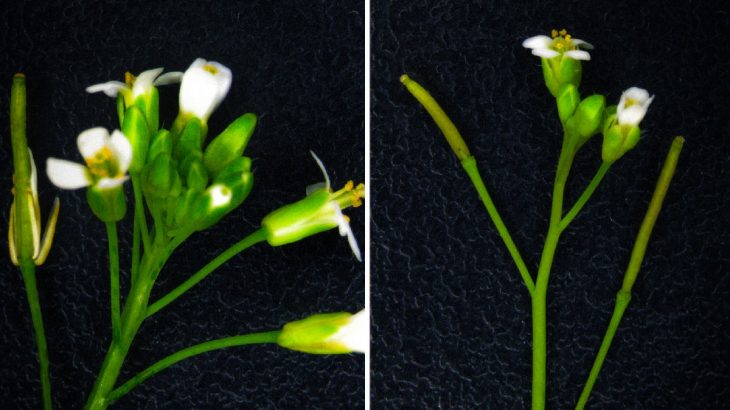 Plants have a finite amount of energy that must be properly allocated to ensure growth and survival.

It’s been theorized that a plant under attack from leaf-eating insects will spend more of its fixed energy budget on defense, but as a result, growth is hindered and slows down.

Researchers from Michigan State University genetically modified a plant so that its defense systems were in constant overdrive and observed how this impacted growth.

A study detailing the new research was published in the journal Proceedings of the National Academy of Sciences.

The growth-defense trade-off paradigm states that a plant will allocate resources where they are most needed despite the costs.

“Our study provides evidence that large investments in defense necessarily reduce the amount of resources that otherwise would be available for growth and reproductive fitness,” said Qiang Guo, a graduate student who was part of the study.

Plants under stress from herbivores will produce toxins to ward off plant-eating insects, but when those defenses are no longer needed, a plant will use repressor proteins called JAZ to shut down defense systems and preserve energy.

The researchers genetically bred a plant so that it was missing a large majority of its repressor JAZ proteins which caused the plant to be in constant defense mode.

“It kept producing defense compounds, even in the absence of threats. As expected, it showed high resistance to insects,” said Guo. “Unleashing this defense arsenal also provided protection against fungi that target plant tissues.”

Without the JAZ proteins, the researchers noticed that growth in the genetically bred plant slowed down drastically to compensate for the energy trade-off.

“They have a much slower growth rate compared to their wild type counterparts. We can literally see and measure the deficit in growth rate per day,” said Guo.

The plants in the study also produced one-third fewer seeds which germinated later than usual. The seeds were smaller and had less nutritional value than wild plant seeds, and the researchers discovered that photosynthesis didn’t play a part in the slowed growth rate.

“The mutated plant gets the same amount of energy compounds from photosynthesis as its wild, natural counterpart,” said Ian Major, a member of the research team. “However, it consumes more energy than usual. We think the plant is fueling the massive and constant production of defense compounds, which draws resources away from growth.”

Now, thanks to this study which took ten years in the making, researchers have a better understanding of how plants allocate resources and defend against different threats.

“Our conclusion is that JAZ proteins help plants grow and reproduce by taming their defenses when the threat of attack is low, which conserves energy,” said Major. “Depending on the severity of the threat, the JAZ proteins will dial up the defenses as needed, perhaps like a dimmable light switch.”