Plants that diverged 400 million of years ago share the same pathogen defense • Earth.com 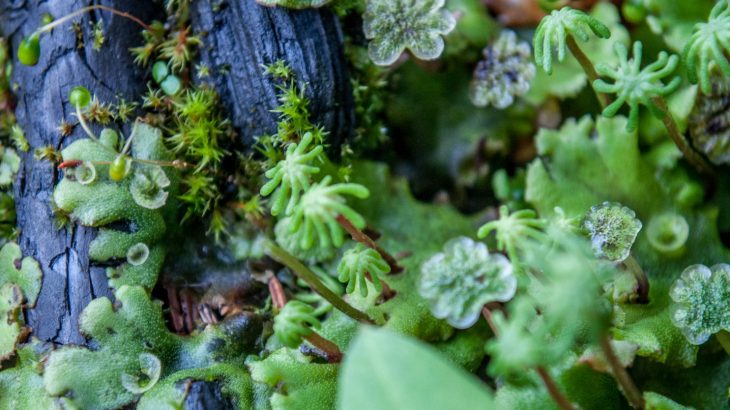 Researchers at the University of Cambridge have discovered that two plants which have not shared a common ancestor in 400 million years still use the same defense against Phytophthora palmivora, an aggressive pathogen that causes serious disease.

The comparative analysis was focused on the common liverwort Marchantia polymorpha and the flowering plant Nicotiana benthamiana, or wild tobacco.

By studying how these plants respond to pathogen infections, the researchers have identified a group of microbe-responsive gene families that date back to the early evolution of terrestrial plants. The identification of these long-conserved genes will give experts a better understanding of the strategies that facilitated the movement of plants onto land.

“We have shown that molecular responses to pathogen infection typical of modern flowering plants are common to very distantly-related land plants and may therefore be more ancient than we previously thought,” said study co-author Dr.  Sebastian Schornack. “Despite fluctuating environmental pressures over a broad evolutionary timescale, these conserved genes have retained their capacity to confer pathogen protection in plants, including in important agricultural crops.”

Bioinformatics expert Dr. Anna Gogleva identified a subset of one-to-one corresponding genes in the liverwort and wild tobacco and analyzed their response to infection. While a number of different genes were activated in both plants, one particular set of metabolic genes was found to be highly activated.

These genes have been previously linked to stress-response in flowering plants, but this was the first time that they were functionally linked to pathogen defense in liverworts.

“We produced liverwort plants with mosaic pigment patterns – resembling military camouflage fatigues – that allowed us to compare pathogen resistance in pigmented and non-pigmented areas of the same plant and found the pigment provided some resistance to pathogen infection.”

After millions of years of evolution, modern plants and animals have inherited a remarkable amount of diverse traits which enable them to survive in dynamic environments all over the world.

“The conflict between organisms can be a very powerful selective pressure that guides their evolutionary trajectory,” said Dr. Schornack. “Genes involved in fighting specific pathogens can evolve rapidly – both in plants and animals. But we have also now found these broadly-conserved genes responding to pathogen infection in very distantly-related plants, which suggests that land plants have retained a likely ancient pathogen deterrence strategy that is much too useful to lose.

“Fossil evidence shows that plants have engaged in close-interactions with microbial life forms throughout their evolutionary history. Our research has uncovered a common set of pathogen-responsive genes shared in early-divergent land plants and more evolutionarily young flowering plants, which are all likely to have been critical for the expansion of plants onto land. Further comparative studies focusing on other distantly related land plants and their aquatic algal predecessors should reveal even more information about the evolution and role of these vital gene families.”