Plants can generate electricity… and we may be able to use it • Earth.com 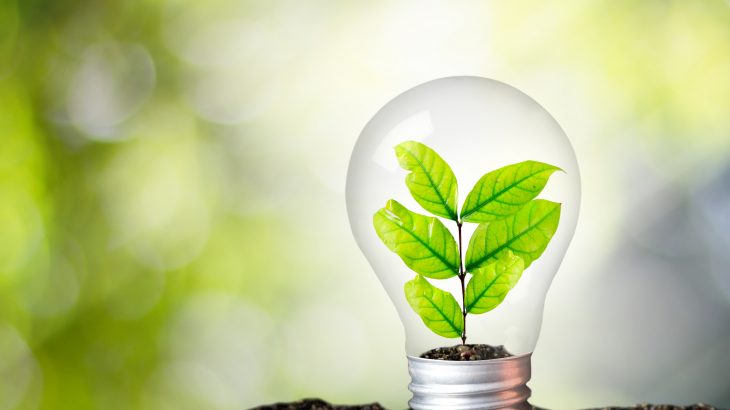 If, as a child, you were lucky enough to build a clock powered by a potato, you may not be surprised to learn that plants generate electricity.  Given the billions of years put into its development, photosynthesis is unsurprisingly much more efficient at generating energy from the sun than solar panels.  Plants are nearly 100% efficient at converting photons from sunlight into electrons. New solar panels by comparison are being developed with a 30 to 36% efficiency, according to PV Magazine, which almost doubles the efficiency of current solar panels.

Researchers from the University of Washington have conducted similar work on plants to generate electricity.  There, electrical engineers designed a circuit that when attached to plants converts the plant’s natural energy into usable electricity.  When attached to maple trees, the circuits were able to create 1.1 volts, less than a typical 1.5 volt battery such as the normal AA cell.

There are companies like Plant-e already poised to capitalize on plant electricity generation.  Plant-e explains that not all of the energy a plant creates is used for itself.  Many plants actually improve soil content through the creation of ‘excess’ organic material that is secreted into soil and taken up by bacteria.  The idea behind the ‘Plant Microbial Fuel Cell’ technology (P-MFC) is to collect and use electrons created by the breakdown of this organic material by soil bacteria for the generation of electricity.

So far, this type of electricity generation has only produced exceedingly small amounts of electricity.  However, the technique has some obvious advantages. Unlike with the use of nanotubes and some other techniques, the plant itself isn’t disturbed.  As with all schemes to use plants to generate electricity, the distribution of plants is more even globally than say fossil fuels. The method is also clean when compared to fossil fuels.

Land used for agriculture could also be used to produce electricity.  The method typically requires use of plants that grow in waterlogged conditions, which would work with crops such as rice or cranberries but is also a limitation, especially in arid environments.  Research and development are needed if the use of plants to generate electricity is to become practical in any real sense.

Another company, Voltree Power, holds the patent to this technology and was first to develop a tree-powered circuit. Voltree has tested using trees to power low voltage sensors to detect forest fires.  Unfortunately, the sensors still require traditionally batteries. The trees merely extend the battery life of the sensors, making the system less than impressive.

Istituto Italiano di Tecnologia (ITT) in Pisa, Italy reported on new research to use plants for the generation of electricity.  Researchers found that they can generate more than 150 volts of electricity from a single plant.  The electricity generated is enough to power 100 of the highly efficient LED light bulbs. The researchers created a sort of cyborg tree made of natural and artificial leaves which generate electricity from wind.  The research was headed by Barbara Mazzolai who previously created the world’s first ‘robot plant’ in 2012.

Researchers used a nerium oleander tree in an experiment, by adding artificial leaves that touch the trees natural leaves.  The research was published in October 2018, ushering in a new way to potentially generate electricity from plants.

There are still real obstacles to overcome before electricity can be widely generated by plants and it seems doubtful whether all our electrical usage could be supplied from plants, at least at current levels.  It’s also unclear which method of electricity generation using plants will rise to the top as the most practical. Another problem less often looked at by scientists is one of ethics.

The ethical dilemma of genetically modifying organisms is one that is sometimes raised.  Still widespread use of GMO technology in plants has gone forward without much of a broad public discussion.  GMO crops are commonly grown now. According to the Center for Food Safety, currently 92% of US corn is genetically modified as is 94% of soybeans and 94% of cotton.  The technology has vastly outpaced our ability to discuss its consequences rationally as a society or create laws to regulate it.

Whether using GMO technology or simply marrying electrical technology with natural plants, using plants to generate electricity represents engineering the natural.  The act of using a plant to generate electricity is an act of modifying the life of intrinsic organism for our own purposes. It means changing another life without regard to that life’s ability or inability to give consent.  This may seem trivial to some, as plants are not highly regarded. We still don’t have any idea of the consequences involved in modifying a plant in this way. We once had no idea of the consequences of burning fossil fuels to generate electricity.  We’re clever at using the environment for short term gain but not so good at guessing at the long term consequences of our actions. With many simple but demanding solutions, humans have a knack for creating complex ways to solve our problems. Scientists also can’t ask a plant how it feels about being made part of an electrical generator.