How and why plants grow outward and get “fatter” • Earth.com 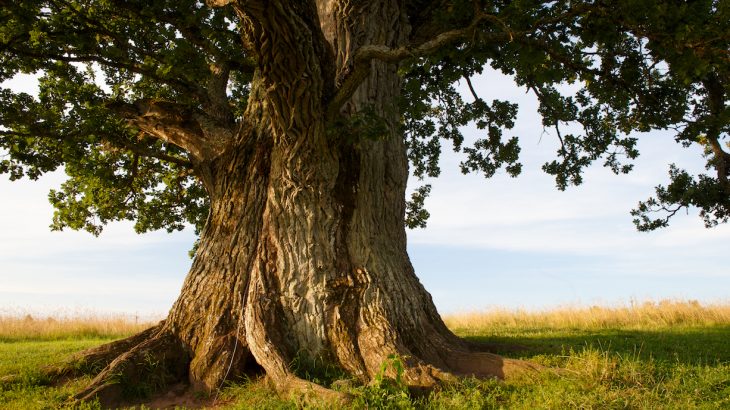 How and why plants grow outward and get “fatter”

Researchers at the University of Cambridge and the University of Helsinki have identified key networks which control radial growth in plants. The study findings could help experts engineer trees that are more efficient carbon sinks or develop crops that produce higher yields.

The radial, or outward, growth of a plant not only provides physical support, but also produces important resources like wood and cork and determines how much carbon a plant can store. In addition, radial growth is responsible for the development of vegetables such as turnips, carrots, and potatoes.

The process involves specialized vascular tissues that transport water and nutrients around plants, leaving behind patterns known as growth rings. Despite the importance of radial growth, however, the mechanism underlying this system has remained a mystery.

Two international research teams have now gained insights that will provide us with the most comprehensive understanding yet of how plants grow radially. The teams have independently uncovered two regulatory networks which direct radial growth in plants.

A team led by Dr. Ari Pekka Mähönen at the University of Helsinki has showed that the stem cells for the vascular cambium are organized by the xylem, which transports water. Meanwhile, Professor Ykä Helariutta’s team at Cambridge showed that early stage young phloem cells, which transport nutrients, initiate and organize the primary stage of radial growth.

Together, these findings have revealed that the key to radial growth is the positioning of cells and a complex network of feedback signaling.

Dr. Mähönen’s team combined advanced techniques to show that early-stage xylem cells, which had not yet differentiated, take over and direct adjacent vascular cells to divide and function as stem cells.

“We showed that this secondary development is a tightly controlled process and revealed a dynamic nature of the organizer,” said Dr. Mähönen. “Differentiation of the organizer into a xylem vessel leads to formation of a new organizer in the adjacent cambial stem cell, thus ensuring the maintenance of the vascular cambium. We also identified a molecular mechanism that defines the stem cell organizer.”

Both studies are published in the journal Nature.