Plants have sophisticated immune systems to defend themselves • Earth.com 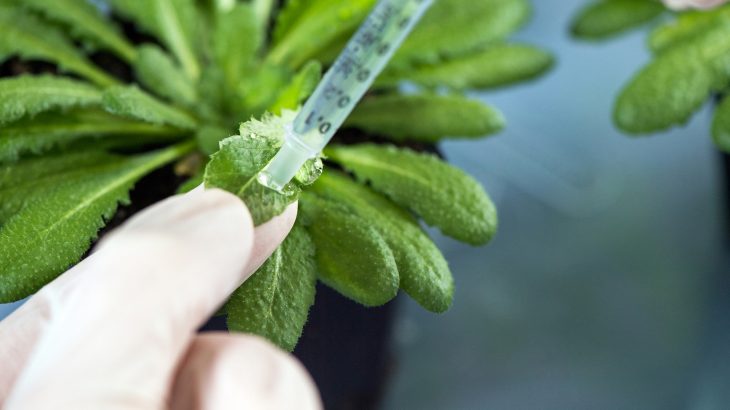 Plants have sophisticated immune systems to defend themselves

It has been well documented that plants can defend themselves against pathogens just like humans, but exactly how they activate this immune response has not been clear. In a new study, researchers at the Technical University of Munich (TUM) have discovered that receptors in plant cells identify bacteria through simple molecular building blocks.

The international team of experts, led by biochemist Dr. Stefanie Ranf, has identified the substances which activate plant defense.

“The immune system of plants is more sophisticated than we thought,” said Dr. Ranf.

Prior to this study, scientists believed that plant cells recognize bacteria through complex molecular compounds, such as from the bacterial cell wall. In particular, experts speculated that lipopolysaccharides (LPS) were responsible for initiating an immune response.

Ultimately, the team found that only LPS samples with certain short fatty acid components triggered plant defense. In all of the LPS samples, the researchers found strongly adhesive free fatty acid molecules, which they eventually managed to separate from the LPS.

“When we finally succeeded in producing highly purified LPS, it became apparent that the plant cell did not respond to them at all! Thus, it was clear that the immune response is not triggered by LPS, but instead by these short fatty acids,” said Dr. Ranf.

Compared to the much larger and complex LPS, the 3-hydroxy fatty acids are very simple chemical building blocks. It is possible that these fatty acids could be used in the future to treat plants to increase their resistance to pathogens.

“The strategy of plant cells to identify bacteria through these basic building blocks is extremely sophisticated; the bacteria require these 3-hydroxy fatty acids and therefore cannot bypass the immune response,” concluded Dr. Ranf.