One ton of plastic waste found washed up on English beach • Earth.com 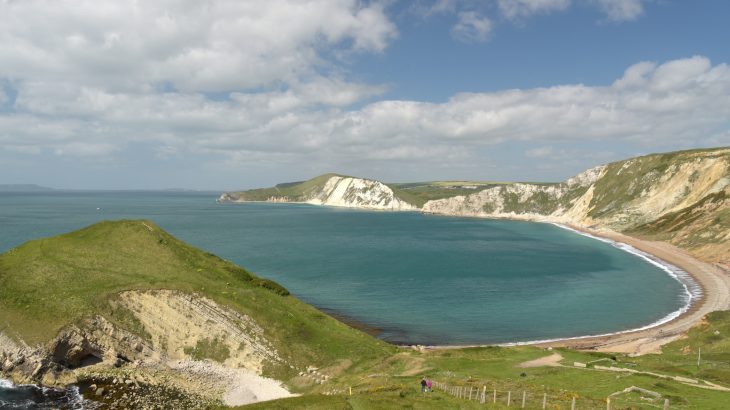 One ton of plastic waste found washed up on English beach

A group of volunteers and environmentalists recently removed 1,000 kilograms (one metric ton) of plastic shipping and fishing waste that had washed up on a beach along Worbarrow Bay in Dorset, England.

Among the debris were pieces of rope, nets, and even oil drums filled with used engine oil, according to the Daily Mail which reported on the pick-up effort.

Steve Trewhella, a conservationist, headed a clean-up crew of twelve volunteers that worked to clean up the beach.

“We removed an estimated 1,000 kgs of litter from Worbarrow Bay, and a handful of volunteers filled a very large tractor-trailer,” Trewhella told the Daily Mail. “It was a depressing sight yet it’s the same thing every year, this is not a new problem. The vast majority of items were fishing or shipping related – nets, rope and plastic drums.”

The plastic waste came from shipping and fishing vessels that carelessly dumped their waste overboard, and some of the waste originated from the US and Canada, showing just how widespread the ocean’s plastic problem truly is. 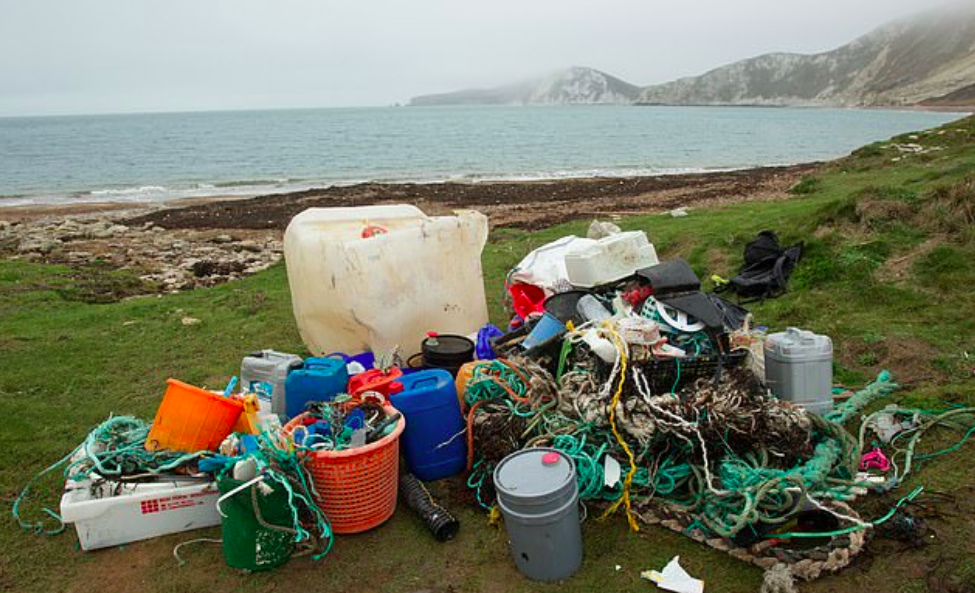 What is particularly problematic is that Worbarrow Bay and its beaches are part of the Jurassic Coast, a British World Heritage Site.

If the oil drums had leaked, it could have been devastating to the protected local ecosystem according to the volunteers.

“Fishing boats show no regard for the environment, throwing debris into the sea rather than paying to have it safely disposed of at port,” Trewhella said. “So long as this is allowed to continue, we can ban all the single-use plastics we want, but it will have little impact on the world’s oceans.”

Much of the ocean’s plastic waste comes from discarded fishing and shipping gear.

One study found that fishing nets made up 46 percent of the 79,000 metric tons that is the Great Pacific Garbage Patch.

“I knew there would be a lot of fishing gear, but 46 percent was unexpectedly high,” said Laurent Lebreton, the lead author of the study, told  National Geographic. “Initially, we thought fishing gear would be more in the 20 percent range. That is the accepted number [for marine debris] globally—20 percent from fishing sources and 80 percent from land.”

Discarded fishing nets pose some of the greatest risks for marine wildlife and too many fish, whales, and sharks end up entangled in fishing ropes every year.

“Tighter regulations need to be in place to ensure ships and fishing vessels return to port with the objects they left it with, and that broken fish boxes, drums, boots, pallets, and other items are not simply thrown into the sea once out of sight,” Trewhella told the Daily Mail. “These objects do not degrade, they often spend years at sea becoming potential homes to species that while interesting do not belong in our waters.”