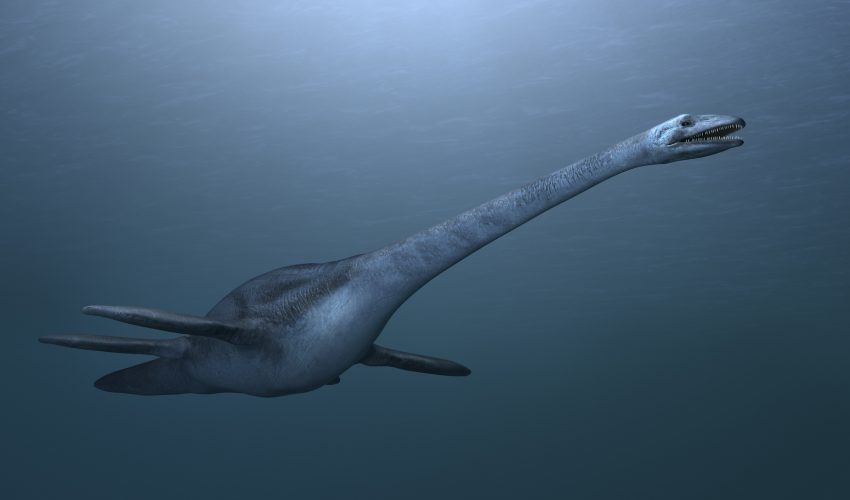 A newly unearthed skeleton is bringing unexpected information to light about marine reptiles known as plesiosaurs. Scientists have been examining what is thought to be the oldest known plesiosaur fossil, and have determined that these ancient reptiles may have emerged 50 million years earlier than previously realized.

Experts believe that the earliest plesiosaurs had advanced limbs that took to the water like wings in the air. Over 200 million years ago, the reptiles foraged in the open seas using “underwater flight” similar to that of sea turtles.

The remains provide the very first evidence that plesiosaurs existed in the Triassic period, dating back around 201 million years. The fossil was discovered by paleontologists from the University of Bonn in a clay pit outside of Bonenburg, Germany.

Study co-author Professor Martin Sander told MailOnline, “The beds from which the skeleton came from was dated by fossil shells and by a chemical signal as latest Triassic. I could not believe that there was a plesiosaur from the Triassic, given that these animals had been studied by paleontologist for nearly 300 years, and never was there one older than Jurassic.”

The new species was named Rhaeticosaurus mertensi by the research team. Plesiosaurs had smaller bodies with four pointed flippers and tiny heads on long necks. The new specimen was 7 feet 7 inches long, and growth marks in its bones suggested it was warm-blooded and young.

Professor Sander explained to MailOnline how the unique species of plesiosaurs may have dodged extinction at the end of the Triassic period.

“Plesiosaurs evolved warm-bloodedness, enabling them to live in the open ocean, removed from the bad environmental conditions that made life difficult in shallow, coastal waters at the end of the Triassic,” he said.