Why poisonous snake venom is such a dangerous weapon • Earth.com 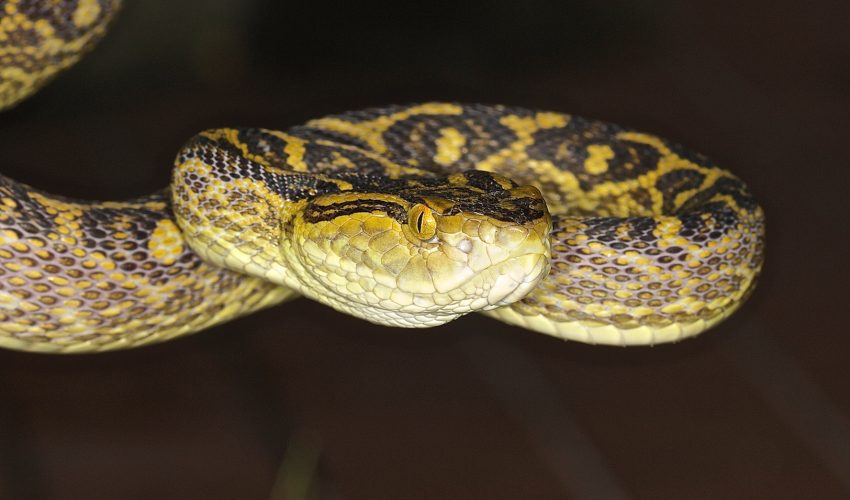 Why poisonous snake venom is such a dangerous weapon

According to The World Health Organization, snake bites cause 81,000 to 138,000 deaths per year. In Okinawa, Japan, home to the Okinawan pit viper, 50 snake bites were recorded in 2016. But unlike most animal bites, with snakes it’s not the tooth wound that you have to worry about, it’s the venom released.

Scientists have struggled to study the chemical makeup of poisonous venom in snakes because its composition varies greatly from snake to snake and evolves so rapidly through the generations.

But a new study, published in the journal Biology and Evolution, documents a scientific first where researchers sequenced the genome of a pit viper, also known as the Taiwan habu, and compared it to its sister species the Sakishima habu.

The research allows a closer look at the evolution of snake venom.

“For many years it was known that snake venoms evolve very rapidly, and the most common explanation for this has been natural selection, but there are reasons to suspect that this might not be the only evolutionary force at work,” said Alexander Mikheyev, senior author on the paper and head of the Ecology and Evolution Unit at the Okinawa Institute of Science and Technology (OIST).

The researchers gathered venom and tissue samples from over 30 Taiwanese and Sakishima habus and mapped the entire sequence of genes in the venom. Genome sequencing involves finding the “order” of DNA nucleotides or bases in a genome.

Venom doesn’t just attack one of the bodily systems, it actually paralyzes and blocks neural activity, and then attacks the bloodstream. This is why snake venom is such an extremely effective weapon and just a minuscule amount is enough to paralyze a rodent.

“You can think of venoms evolving over two axes. One of those is pushing them to be more effective, but another axis actually pushes them to be less effective,” said Mikheyev.

Researchers were able to identify this push and pull between traits passed down in the sequenced venom genomes which they say will help future research.

Although snake venom is highly toxic, there have been some proposed medical applications of the venom which further research could help advance.