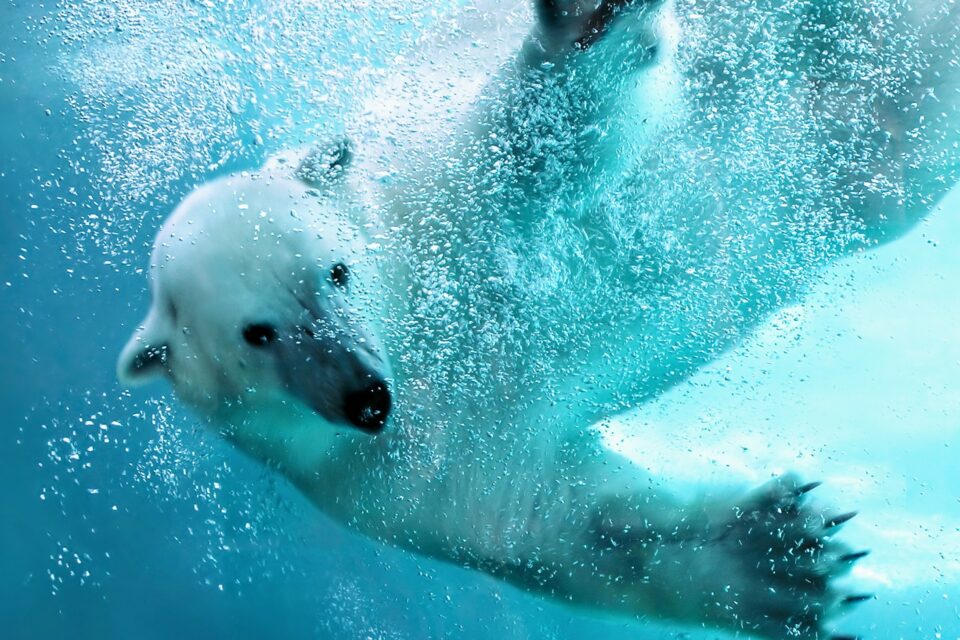 When people hear the words “global warming,” they often think of the polar ice caps melting, and the polar bears that suffer as a result. This raises questions about how rising temperatures and sea ice loss are affecting the diets of polar bears, and how this information can be used to help protect them.

New research from York University has been exploring these exact questions, monitoring the eating habits and foraging locations of polar bears across the Arctic territory of Nunavut. The study has found that this data can be highly valuable as an indicator of environmental shifts, whilst also highlighting how diet changes can negatively affect prey populations and ecosystems in the Arctic.

Lead researchers Melissa Galicia and Professor Gregory Thiemann found that polar bears are actually flexible eaters, preying on whatever is readily available as opposed to the initial assumption that they mainly eat ringed and bearded seals. This flexibility makes them excellent candidates for monitoring environmental changes across the Arctic.

“Polar bears need the sea ice to hunt. When there is a reduction in the sea ice, they’re hunting less or they’re potentially hunting different prey species,” explained Galicia. “Prey species, like whales and seals, also need certain habitat conditions and because of environmental changes in the Arctic, some marine mammals, such as prey species of bears, are redistributing. You’re getting an increase in more sub-Arctic species, like killer whales for instance.”

The research was focused on harvest samples of polar bears that were provided by subsistence hunters over eight years. “I’m getting a large geographic representation of bears, especially in areas that tend to be less studied,” said Galicia, who was in charge of analyzing the fatty acids such as omega 3s and omega 6s that are found in the fat tissues of polar bears.

“Each bear will have a specific fatty acid signature, a kind of fingerprint for individual bears and because of that you can see what that particular individual is eating and what percentage of their diet that represents.”

Bowhead whale carcasses were identified commonly in the polar bears’ diets, which suggests that the whales are venturing further north for longer periods of time as a result of global warming. Habitat changes like this are likely to increase in frequency due, particularly within the Arctic ecosystem which is experiencing changes up to three times faster than other regions.

“As temperatures across the Arctic warm and sea ice loss increases, there will be profound cascading ecological consequences. What’s not known is how that will affect species, such as seals and whales, but by monitoring the seasonal prey consumption of polar bears, scientists can better keep track of where marine mammal prey species are showing up and their seasonal distribution,” explained Thiemann.

The research is published in the journal  Ecological Indicators.