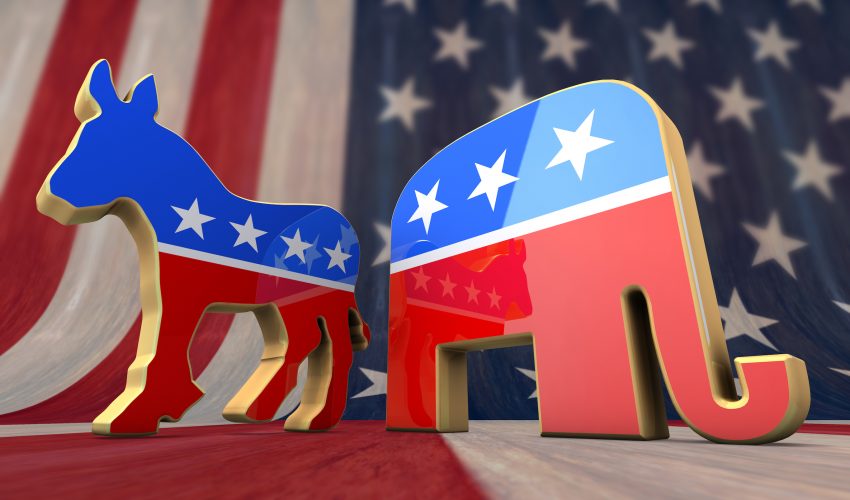 The split between the Democrat and Republican parties in the United States seems to be widening every day. Divisive issues span from taxes and gun control to healthcare and climate change. Now, a new Gallup poll – detailed in The Washington Post – has found that fewer Republicans say they believe in a scientific consensus on climate change, while an increasing number of Democrats believe that the effects of global warming have already begun.

Unfortunately, it’s rather unsurprising that Republicans would trend this way. In the past year, President Trump withdrew from the 2015 Paris climate accord and removed climate change from a list of top national security threats, while also referring to global warming as a “hoax.” Luckily, for all those that side with the scientists on this issue, the results of the poll show that 9 out of 10 Democrats worry about global warming and believe it is caused by human activities. Despite this trend on the left, only one in three Republicans share that sentiment. Over two-thirds of Republicans believe that the seriousness of global warming is “generally exaggerated,” while only 1 in 25 Democrats do. Over the past year, these positions have shifted even further apart.

Of the more than 1,000 adults nationwide surveyed by Gallup, 45 percent believe that global warming will pose a serious threat in their lifetimes. This happens to be the highest overall percentage recorded since Gallup first asked the question over 20 years ago. This means that, even with these partisan divisions, almost half of Americans believe that effects of climate change have already begun. Still, the split between Democrats and Republicans on this question was 82 percent versus 34 percent agreeing respectively. For Democrats, that number is up almost 10 percent since early 2017. But for Republicans, the number dropped from 41 percent in 2017, to 34 percent for this poll.

One of the more worrying responses from Republicans was for the question of whether they agreed that most scientists believe global warming is occurring. Only 42 percent of Republicans said yes, which is down almost 10 percent from a year earlier and returns to a level last seen in 2014. Furthermore, only 35 percent of Republicans said they believe global warming is caused by human activities – down from 40 percent last year. While the point of science is progress, it seems like Republicans are regressing in their belief of a scientific consensus.

Individuals caught in the middle between the two parties also regressed in their beliefs about climate change. The number of Independents who believe global warming is caused by human behavior fell from 70 percent to 62 percent in the past year.

Given these intensely partisan times, unfortunately it’s not very surprising that the public perception of science has also become political. This poll is really a microcosm for how divide our nation has become in the past year, and just like our changing climate, it doesn’t seem like it will get better anytime soon.