The sound of a politician’s voice impacts their success • Earth.com 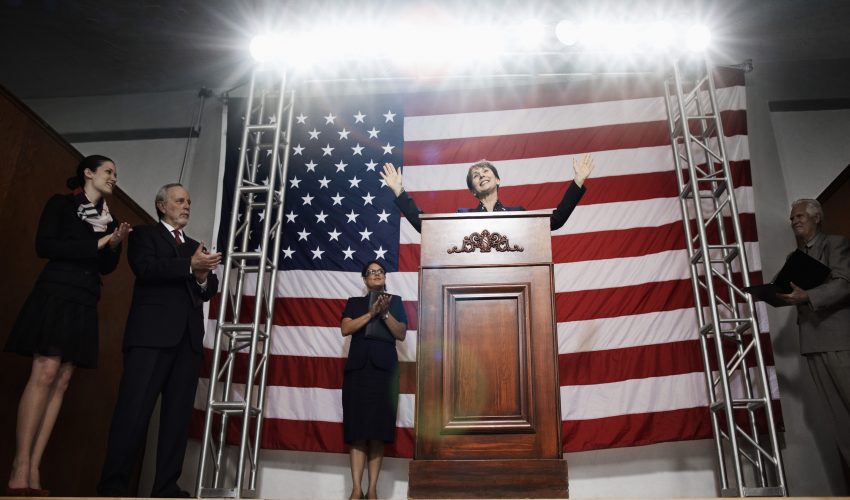 The sound of a politician’s voice impacts their success

The old adage “It’s not what you say, but how you say it,” has an even greater meaning when it comes to the acoustics of political speeches, as they can be a significant influencer on voter preferences. Recent research has found that vocal disorders – which change the qualities of a person’s speech – can have a big effect on a politician’s perceived charisma as well as a listener’s voting preferences.

For their study, researchers Rosario Signorello and Didier Demlin of the Université Sorbonne Nouvelle, Paris, analyzed two cases of politicians with vocal disorders. The first case was of Umberto Bossi, the former leader of the Italian Lega Nord party, who suffered a stroke that partially paralyzed his vocal cords. The second case was the former president of Brazil, Luiz Inácio Lula da Silva, whose larynx was damaged as a result of throat cancer.

In both cases, the pitch of the individual’s voice was lowered and their vocal range was narrowed. Their voices were also hoarse and they had a slower speech rate, as well as a lack of ability to modulate pitch. “We use pitch manipulation to be ironic and sarcastic, to change the meaning of a sentence,” explains Signorello. “Before the stroke, people perceived Bossi as positive, enthusiastic, a very charming speaker, and when listening to his post-stroke voice, everything changed. After the stroke, he had a flat pitch contour, a lack of modulation, and this was perceived as a wise and competent charisma.”

The researchers called upon French participants –who  did not speak the language of the politicians – to assess which vocal stimuli they would vote for. The purpose of using an audience that didn’t understand the languages was that the researchers wanted the listeners to only pay attention to the acoustics, and not the verbal content.

For the French participants, the results surprisingly showed that they had a preference for both leaders’ post-disorder voices. “French people didn’t want to vote for someone who was strong and authoritarian, or perceived as a younger version of the leader,” says Signorello. However, this trend was not exactly consistent. “In each example the vocal patterns are so diverse you never find the same answers; all trigger different emotional states and convey different personality traits,” explains Signorello.

The researchers emphasize that there is no “best” voice, pointing to the subjectivity of charisma. “Charisma is a social phenomenon,” says Signorello, “difficult to assess because it is subject to social trends. It’s impossible to give a recipe of what is more or less charismatic – it’s like fashion, it changes drastically with time.”

Even more interesting, the post-vocal disorder vocal stimuli were characterized by the listeners as having personality traits similar to those used to describe an older person (i.e. wise). The researchers plan on investigating this further, as well as extending the study to vocal disorders of female politicians and using their findings to help improve speech rehabilitation.