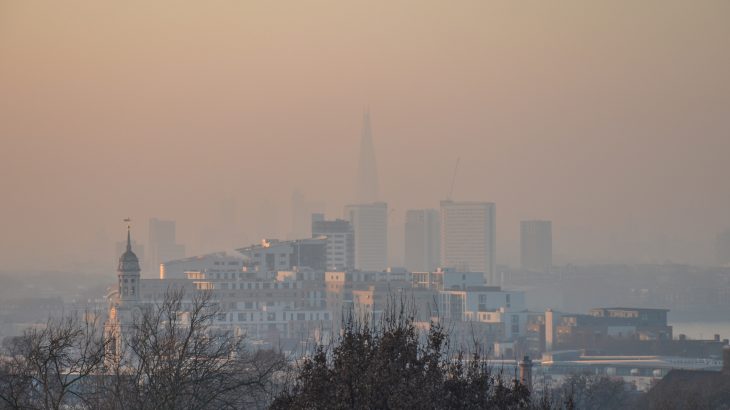 Nine out of ten people worldwide breathe air with high levels of pollutants, according to recent data from the World Health Organization (WHO).

Air pollution is a leading cause of mortality worldwide, and in 2016 alone, 4.2 million deaths were caused by ambient air pollution.

As a result, many countries are working on new strategies to improve air quality. For example, in the UK, London implemented a city-wide Low Emissions Zone (LEZ) in an attempt to reduce vehicle pollution.

But how well do these initiatives work and what is being done to protect children, the most vulnerable in a population, from developing breathing disorders and cardiovascular disease?

A new study from researchers at Queen Mary University of London, King’s College London, and the University of Edinburgh has revealed that children in London have poor lung capacity despite the LEZs.

“If children’s lungs don’t develop properly as a result of air pollution it can increase their likelihood of developing asthma, leaving them coughing, wheezing and at risk of a life-threatening asthma attack,” said Samantha Walker, the Director of Research and Policy at Asthma UK.

The study was published in The Lancet Public Health Journal, and the results call for more stringent traffic pollution regulations.

Even though there are some improvements within the LEZs, and traffic pollution in general has decreased in the UK, children exposed to diesel pollution are still at risk, especially those that attend schools near busy motorways.

“Despite air quality improvements in London, this study shows that diesel-dominated air pollution in cities is damaging lung development in children, putting them at risk of lung disease in adult life and early death,” said Chris Griffiths, an author of the study.

The LEZ introduced in 2008 in London encompassed 8.5 million residents, but the researchers wanted to find out if there were any marked improvements to children’s health in the area.

2,164 children from 28 primary schools across London were monitored for five years for the study. The researchers recorded the children’s health and air pollution exposure.

After the five year period, the team found that nitrogen dioxide (found in diesel emissions) and particulate matter exposure correlated with smaller lung volume for the children.

There were only minor improvements in nitrogen dioxide levels after the LEZ was implemented, but particulate matter levels stayed the same. The children who lived within the LEZ showed no improvements in lung capacity or breathing disorders over the five year period, even with the marginal improvements in air quality.

“It is disappointing that the Low Emission Zone in London has not helped to improve children’s lung capacity and shows that a piecemeal approach to reducing air pollution does not work,” said  Walker. “The Government needs to tackle toxic air by putting in place a new Clean Air Act to keep everyone, especially children, safe.”

Unless more is done to meet the European Union’s nitrogen dioxide and particulate matter limits, the researchers say that children will remain at risk of respiratory problems.

“There is an urgent need to improve our air quality, especially within our congested cities,” said Ian Mudway, a co-author of the study. “Policies such as the Low Emission Zone strive to do this, but their effectiveness needs careful and objective evaluation, not only in terms of whether they improve air quality, but more importantly, whether they deliver better health.”