Porcupines are exploited for meat and medicine in Indonesia • Earth.com 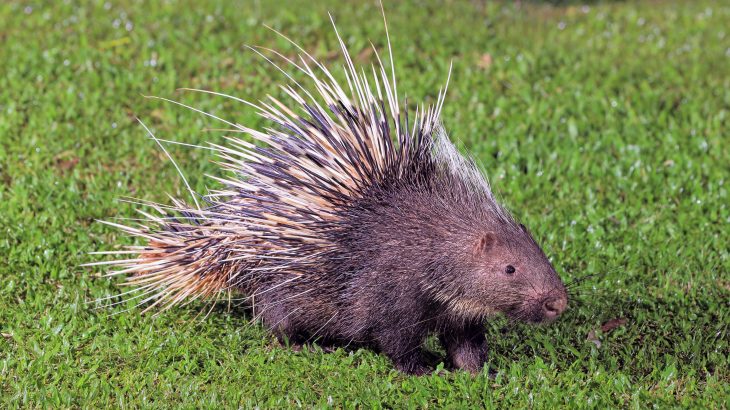 Porcupines are being illegally hunted and exploited for meat and medicine in Indonesia, according to a new study published by Pensoft.

“Indonesia is home to five species of porcupines, three of which are island endemics. While all five species are currently assessed as Least Concern by the IUCN Red List of Threatened Species, impacts of harvest and trade have not been factored in,” wrote the researchers.

“To gain a fuller understanding of the porcupine trade in Indonesia, this study examines seizure data of porcupines, their parts and derivatives from January 2013 to June 2020.”

The investigation revealed a total of 39 incidents involving an estimated 452 porcupines. There are no harvest quotas for any porcupine species in Indonesia, which means that all hunting and trade activities are illegal.

The study authors explained that porcupines are targeted for a number of reasons. Their meat is consumed as an alternative source of protein, and their bezoars are traditionally used in South East Asia and Europe for the treatment of conditions including cancer, poisoning, typhoid, and hepatitis.

“The reasons for this are unclear, but certainly unwarranted, considering that the Malayan porcupine is the species most frequently identified as confiscated, and one can only assume the reason for its removal is due to its commercial value,” said study co-author Lalita Gomez, Programme Officer of Monitor Conservation Research Society.

While porcupine populations are known to be declining in Indonesia, there seems to be little control or monitoring on extraction and trade. The researchers noted that this is particularly concerning because four of the five species in Indonesia have a restricted range.

Gomez recommends that all porcupines be categorized as protected species under Indonesian wildlife laws and listed in Appendix II of the Convention on International Trade in Endangered Species of Wild Fauna and Flora (CITES), which would require any international trade to take place through a supervisory system.

“What clearly emerges from this study is that porcupines are being illegally hunted and exploited throughout their range in Indonesia facilitated by poor enforcement and legislative weakness,” wrote the study authors.

“Porcupines are in decline due to habitat loss, retaliatory killings and uncontrolled poaching. It is therefore crucial that effective conservation measures are taken sooner rather than later to prevent further depletion of these species.”

The study is published in the journal Nature Conservation.