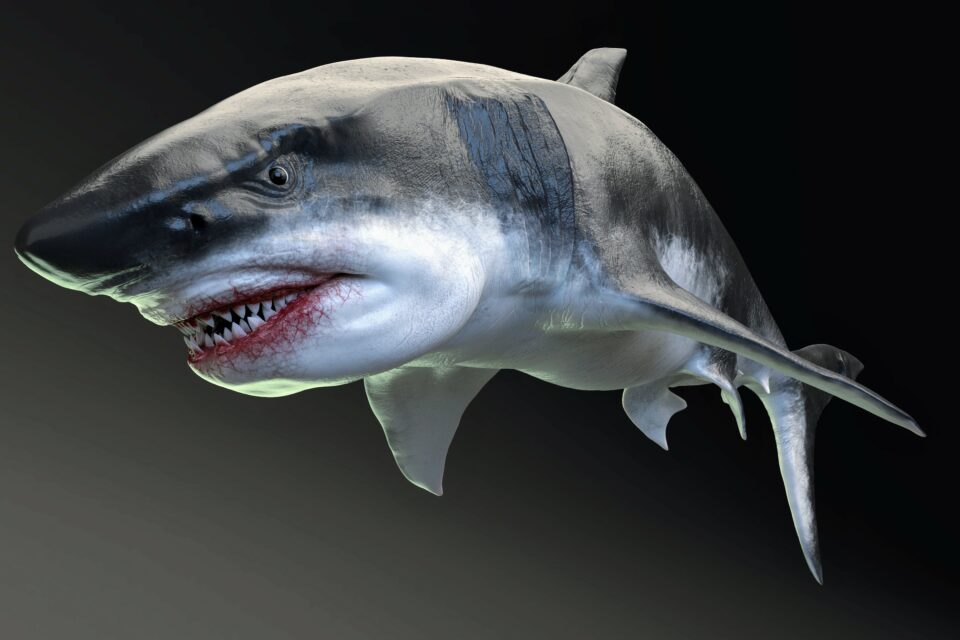 A new study led by Princeton University has found that prehistoric megatooth sharks – the largest sharks that ever lived, including the famous Megalodon – were apex predators at the highest level ever measured. According to the experts, these massive creatures that evolved after the dinosaurs went extinct and ruled the world’s seas and oceans until three million years ago fed even upon other predators and predators-of-predators, in a highly intricate food web.

“We’re used to thinking of the largest species – blue whales, whale sharks, even elephants and diplodocuses – as filter feeders or herbivores, not predators,” said study lead author Emma Kast, a former doctoral student at Princeton and currently a postdoctoral fellow in Geography, Geology, and Geophysics at the University of Cambridge. “But Megalodon and the other megatooth sharks were genuinely enormous carnivores that ate other predators, and Meg went extinct only a few million years ago.”

To reach this conclusion, Dr. Kast and her colleagues used a novel technique to measure the nitrogen isotopes in the sharks’ teeth. The level of a specific isotope (nitrogen-15) can be used to reliably assess an animals’ position in the trophic chain. While other researchers have managed to employ this method on creatures from the recent past (up to 15 thousand years ago), in older animals there has generally not been enough nitrogen left to measure. Luckily, the enormous size and abundance of teeth of Megalodons and their relatives helped scientists find sufficient nitrogen traces to be able to clarify these creatures’ position in the food web.

“Teeth are designed to be chemically and physically resistant so they can survive in the very chemically reactive environment of the mouth and break apart food that can have hard parts,” explained study senior author Daniel Sigman, a professor of Geological and Geophysical Sciences at Princeton. Moreover, since sharks are constantly growing and losing teeth, they each produce thousands of teeth over their lifetime. “When you look in the geologic record, one of the most abundant fossil types are shark teeth,” Sigman added. “And within the teeth, there is a tiny amount of organic matter that was used to build the enamel of the teeth – and is now trapped within that enamel.”

By measuring nitrogen isotope levels in this organic matter, Sigman and his team found that megatooth sharks occupied a higher trophic level than is known for any extinct or extant marine species. “Ocean food webs do tend to be longer than the grass-deer-wolf food chain of land animals, because you start with such small organisms. To reach the trophic levels we’re measuring in these megatooth sharks, we don’t just need to add one trophic level – one apex predator on top of the marine food chain – we need to add several onto the top of the modern marine food web,” Dr. Kast concluded.