Prehistoric reptile had a long neck for hunting underwater • Earth.com 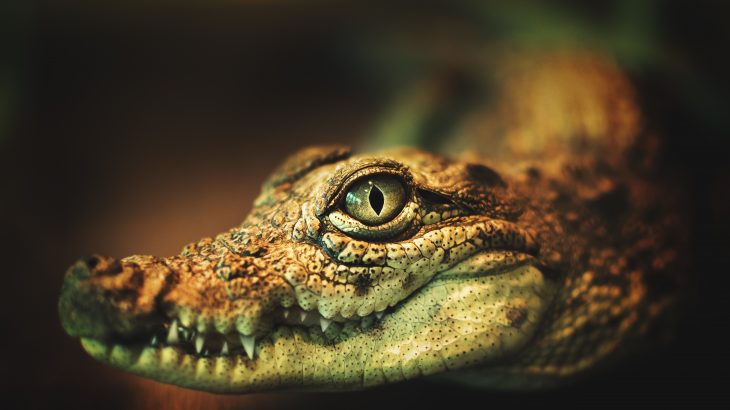 In a new study from the University of Zurich, researchers are describing a prehistoric reptile known as Tanystropheus that lived 242 million years ago. For decades, scientists have been baffled as to why this creature had a neck that was three times longer than its torso.

The current research sheds new light on the life of Tanystropheus, revealing that the reptile lived in the water and used its unusually long neck to hunt for various types of food beneath the surface.

Analysis of the skull showed that it had clearly adapted for life in the water. The reptile had nostrils on the top of its snout much like crocodiles and alligators have today. In addition, Tanystropheus had long, curved teeth that were ideal for catching slippery prey like fish and squid.

The team noticed a lack of features in the limbs and tail that would have made the reptile an efficient swimmer. This is where a long neck came in very handy for Tanystropheus.

Tanystropheus fossils have mostly been found on the border of Switzerland and Italy at Monte San Giorgio, which is regarded as the best site to find the remains of marine life from the Triassic Period.

All of the Tanystropheus fossils that have been recovered were either large or small, and experts assumed that these were adults and juveniles of the same species. In the new study, however, the researchers studied growth rings on the smaller bones and determined that they did not belong to juveniles, but to a second species.

“The number and distribution of the growth rings tells us that these smaller types were not young animals, as previously considered, but mature ones,” said study co-author Torsten Scheyer. “This means that the small fossils belonged to a separate, smaller species of Tanystropheus.”

According to Spiekman, these two closely related species had evolved to hunt for different types of food in the same environment.

“The small species likely fed on small shelled animals, like shrimp, in contrast to the large species which ate fish and squid,” said Spiekman. “We expected the bizarre neck of Tanystropheus to be specialized for a single task, like the neck of a giraffe. But actually, it allowed for several lifestyles.”