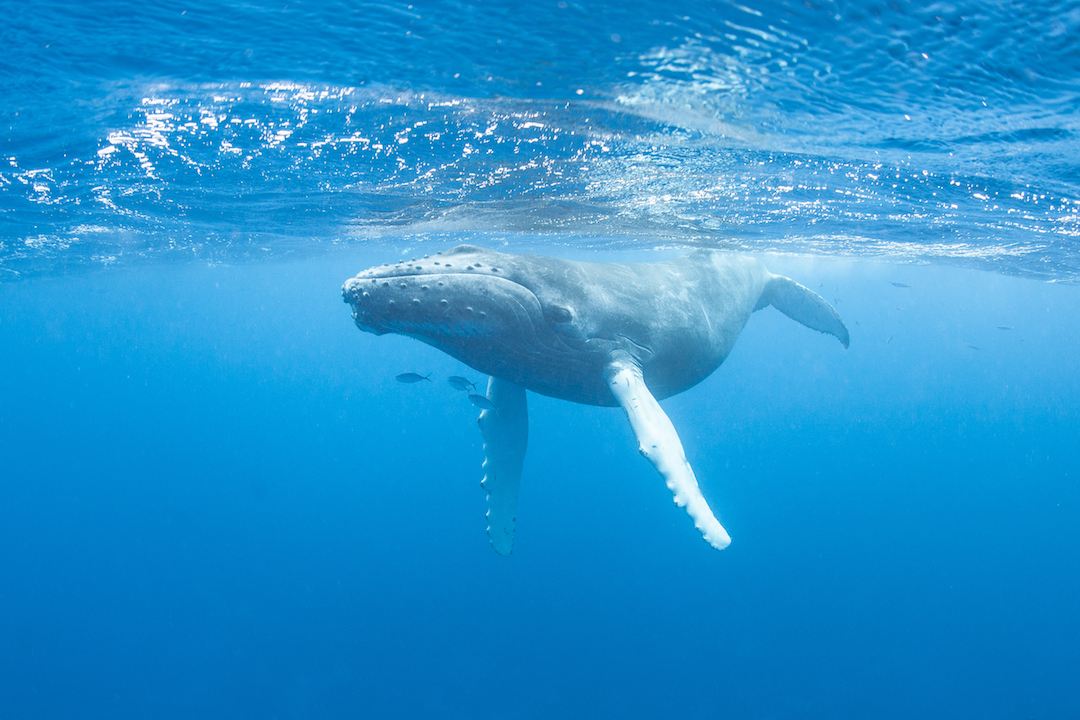 Humpback whales have a variety of lunging tactics that they deploy according to the fish they are hunting. Their prey have also adapted various strategies that help them escape the pursuit of humpback whales, according to a new study.

Dr Nicholas Carey from the Goldbogen lab at Stanford University’s Hopkins Marine Station collaborated with scientists from IAMC-CNR, Italy for the study. The team used data from actual whale lunges along with lab simulations to evaluate the lunging strategies of humpback whales.

“Our results illustrate the complex balance between whale attacks and fish escape responses, and how the lunge characteristics of the whales may be related to the escape abilities of targeted prey,” said Dr. Paolo Domenici, who participated in the analysis.

The researchers believe that this study can reveal how whales may be changing their attack patterns for different types of prey. This is intended to optimize their efforts, which the scientists describe as “very energetically costly.”

Humpback whales feed on a broad range of species including krill, herring, sardines and anchovies. These fish have unique movements so the whales must develop different motions in order to capture them.

“Anchovies are likely to swim faster and cover greater distances compared to krill, and so may have better ability to escape an oncoming whale,” said Dr. Carey. “We think that these different characteristics may require varying attack strategies by the whales.”

Humpback whales commonly feed on large numbers of prey by accelerating to high speeds and lunging at entire groups of fish. They ingest a large amount of water and filter out the prey through their filter feeders.

The team acquired lunging data from live humpback whales during feeding. Electronic tags provided information about the whales’ speed and timing as they pursued their prey.They collected the data to create a “looming stimulus” model, and used it to observe the escape responses of anchovies.

“Anchovies are among the most abundant fish in the oceans, forming vast schools of millions of individuals and are targeted by a multitude of predators,” said Dr Carey, “because of this, they have evolved to be speedy, vigilant and highly responsive to approaching threats.”