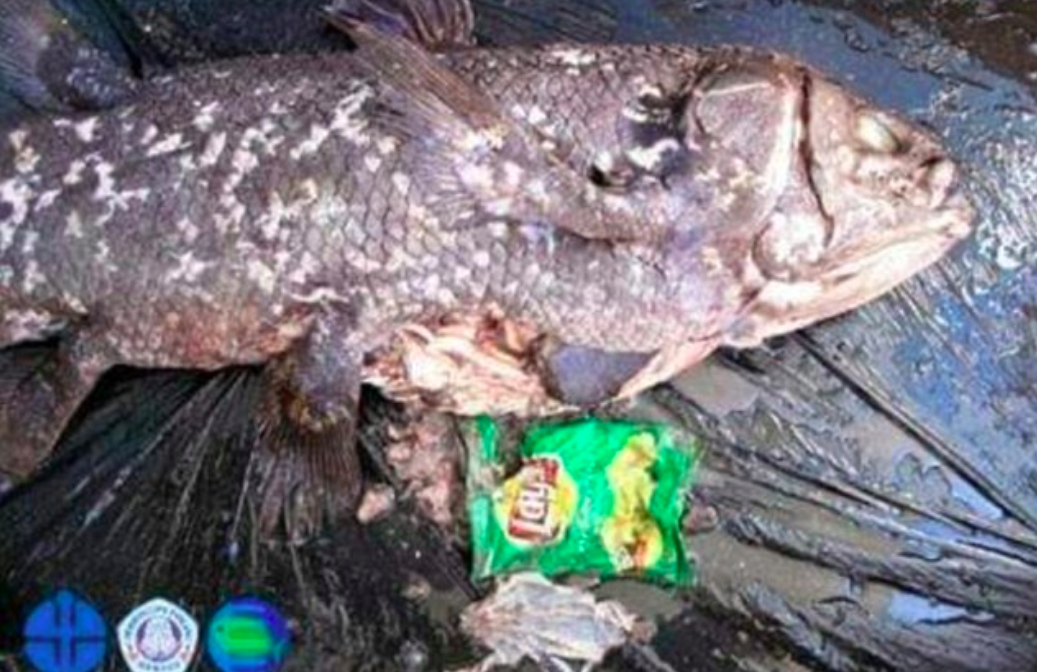 An iconic fish that dates back before the days of the dinosaurs has become the latest subject of outrage by campaigners against marine plastic litter. The coelacanth was found dead off the coast of Indonesia with a plastic bag from Lay’s potato chips wrapped around its intestines.

Coela­canths were once believed to have gone extinct alongside the dinosaurs and were known for a long time only through fossils. In 1938, a living specimen was unexpectedly discovered in the western Indian Ocean.

These “living fossils,” as they are called, date back around 400 million years and were widely distributed across the planet at one point in time with over 90 species. Today, only two known species remain.

There is some unsettling irony in the fact that coelacanths managed to survive the catastrophic extinction that killed the dinosaurs, but are now threatened by plastic litter from human activities. The image of the dead fish alongside the trash that it choked on is being described as “exactly what is wrong with our society” by activists.

John Hourston, the founder of Blue Planet Society, told IFLScience that large companies “are all fully aware that public opinion is against them. But some are resisting change because of cost, marketing, shelf-life, etc. None are making changes quick enough.”

Last year, the Daily Mail launched its “Turn The Tide on Plastic” campaign, a move which was applauded by UN Environment Programme head Erik Solheim.

“If we continue to allow this to happen, by 2050 there is going to be more plastic in the ocean than fish. To tackle the problem of marine pollution we have to make this a kitchen table conversation.”

“This is happening. For example, the Daily Mail, one of the most widely read newspapers in the world, is putting the message out and this is really positive, really fantastic.”