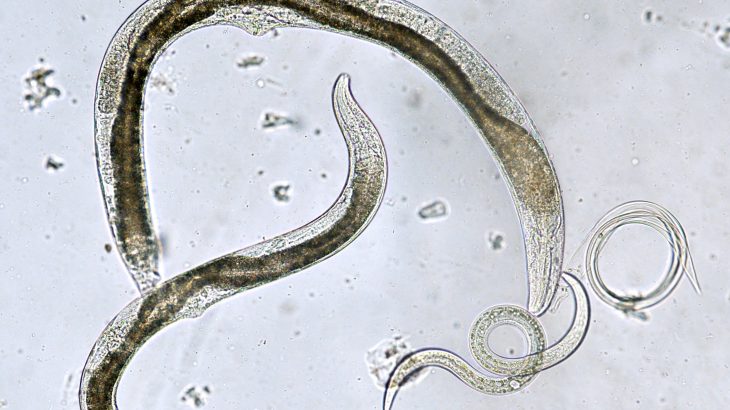 Researchers at University College London have identified a group of roundworms that are genetically predisposed to die before reaching old age. The worms seem to have adapted programmed death as a strategy to benefit the colony by reducing food demand.

The study provides the very first evidence of programmed death in an animal that has evolved for the sake of the community.

“According to evolution theory, altruistic death to leave more food to your relatives normally can’t evolve. This is because other individuals who live longer would consume resources left behind by altruistic comrades and outcompete them, in what’s called a tragedy of the commons,” said study lead author Professor David Gems.

“But it was recently discovered that wild C. elegans roundworms live in colonies of identical worms, which would prevent long-living worms with different genes from taking over.”

The researchers explained that evolutionary theorists originally believed aging evolved to reduce the population and increase food availability for the young, but scientists have since argued that this cannot be true because natural selection favors longer-lived animals in most species.

On the other hand, some organisms have something that appears to be a “self-destruct program” that prevents them from exceeding a certain age. In the roundworm C. elegans, the manipulation of certain genes can drastically extend their lifespan.

For the UCL study, the researchers analyzed the C. elegans life cycle to gain further insight into the benefits of prearranged death. The experts developed a computer model to represent a roundworm colony growing with a limited food supply.

“It appears possible that adaptive death could happen in some types of salmon, which spawn and die in huge numbers in the upper reaches of rivers. It’s been shown that the rotting, dead salmon nourish the salmon fry. We call this form of adaptive death biomass sacrifice.”

Other animals have genes similar to those of C. elegans that promote disease later in life, and a greater understanding of how these genes work could have major implications for studies of biological aging.

“Our findings are consistent with the old theory that aging is beneficial in one way, as they show how increasing food availability for your relatives by dying early can be a winning strategy, which we call consumer sacrifice,” said Professor Gems.

“But adaptive death can only evolve under certain special conditions where populations of closely related individuals don’t mix with non-relatives. So this is not predicted to apply to humans, but it seems to happen a lot in colonial microorganisms.”

The study is published in the journal Aging Cell.