Public interest in plants and animals changes with the seasons • Earth.com 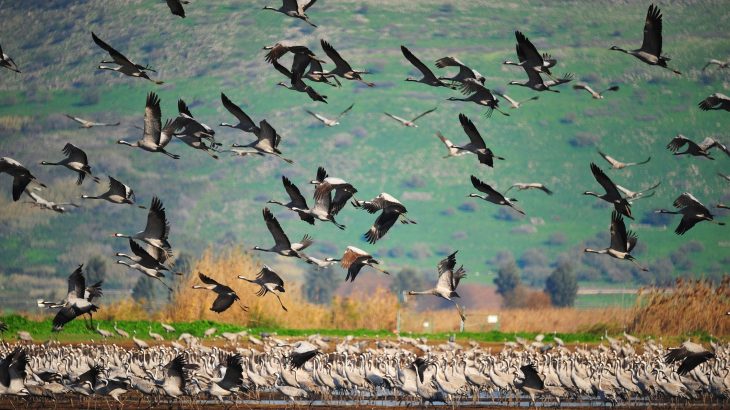 Public interest in plants and animals changes with the seasons

An international team of researchers has found that online behavior mimics the natural rhythms of the real world. In particular, the experts discovered that online interest in plants and animals often changes with the seasons.

The study was focused on a massive dataset of 2.33 billion views on Wikipedia, which involved 31,715 species over the course of three years. The team identified seasonal trends in the page views of more than 25 percent of the plant and animal species. The timing and extent of this internet activity was found to be an accurate representation of when and where the species were present in the world.

The seasonal interest in Wikipedia pages was found to reflect seasonal patterns in the species themselves. For example, page views of flowering plants had stronger seasonal patterns than those for coniferous trees, which do not have an obvious flowering season. Insects and birds trended more by the season compared to most mammals.

The researchers also identified instances where seasonal patterns responded to cultural events. Wikipedia’s page for the wild turkey showed repeated annual spikes around Thanksgiving and during the dates of the spring hunting season.

“People are becoming increasingly detached from nature and as a result we didn’t really expect their activity online to respond to patterns in the natural world,” said study lead author John Mittermeier, who is a PhD student at the University of Oxford. “To see that online activity often correlates strongly with natural phenomena suggests that people are paying attention to the world around them, and from a conservation perspective that is really exciting.”

Professor Richard Grenyer added, “Really widespread, accurate monitoring of all the world’s species is still science fiction, unfortunately. But by using these big data approaches we can begin to shortcut some of the more difficult problems, and cut to the core questions in modern conservation: how is the world changing, for which species is it changing the most, and where are the people who care the most and can do the most to help.”