Rainforest tree death rates have doubled since the 80s • Earth.com 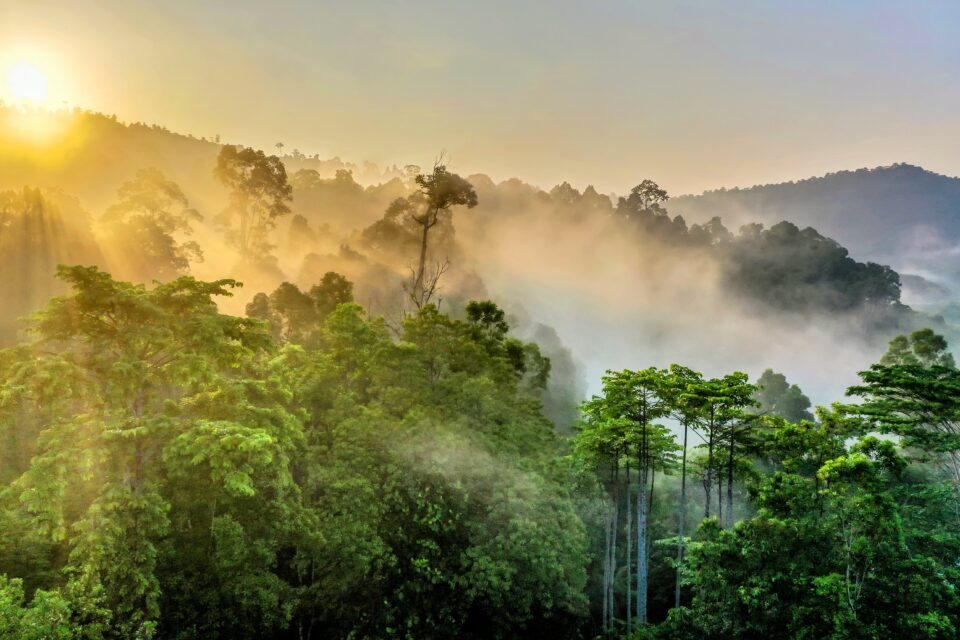 Forests have long been considered to act as carbon sinks, locations where carbon from the atmosphere can be stored in the form of organic molecules and sequestered from circulation. Such sinks are predicted to become more and more important as the levels of carbon dioxide in the atmosphere increase due to human activities. However, the results of a study on tropical trees in Australia’s rainforests indicate that this may not be a role that forests will fulfil in future.

A research team led by Oxford University monitored more than 8,300 trees in 24 permanent moist tropical forest plots in rainforests across Australia. The unique data set stretches back over 50 years and is thus able to track demographic details of these typically long-lived trees.

“Many decades of data are needed to detect long-term changes in long-lived organisms, and the signal of a change can be overwhelmed by the noise of many processes,” said study senior author Dr. Sean McMahon.

The results of the study, published today in the journal Nature, show that trees in these forests are dying faster than they used to. In fact, the average tree death rates in these forests have doubled over the past four decades. The researchers found trees are living around half as long as they did previously, a pattern that is repeated across species and across sites in the region.

“It was a shock to detect such a marked increase in tree mortality, let alone a trend consistent across the diversity of species and sites we studied,” said study lead author Dr. David Bauman. “A sustained doubling of mortality risk would imply the carbon stored in trees returns twice as fast to the atmosphere.”

“One remarkable result from this study is that, not only do we detect an increase in mortality, but this increase seems to have started in the 1980s, indicating the Earth’s natural systems may have been responding to changing climate for decades,” noted the researchers.

Healthy tropical forests have acted as significant carbon sinks in the past, removing carbon from the atmosphere through the process of photosynthesis, and storing it in the living tissues of the trees. As such, these forests were able to slow down the rate of climate change by absorbing around 12 percent of human-generated carbon dioxide emissions.

“Our work shows if you look shoreward from the Reef, Australia’s famous rainforests are also changing rapidly. Moreover, the likely driving factor we identify, the increasing drying power of the atmosphere caused by global warming, suggests similar increases in tree death rates may be occurring across the world’s tropical forests. If that is the case, tropical forests may soon become carbon sources, and the challenge of limiting global warming well below 2 °C becomes both more urgent and more difficult.”

When forest trees die, they cease to absorb CO2 from the atmosphere and can no longer act as carbon sinks. In fact, as their great trunks and branches slowly decompose, their carbon-based organic molecules are broken down and CO2 is released back into the atmosphere, making them additional sources of CO2 emissions.

Interestingly, recent studies in Amazonia have also suggested that the death rates of tropical trees are increasing, thus weakening the global carbon sink. The reason for these increased mortalities in Amazonia is, as yet, unclear.

In the Australian study, the researchers examined the climate ranges of the tree species that show the highest death rates, and concluded that the main climate driver of tree mortality is the increasing drying power of the atmosphere. As the atmosphere warms, evaporation rates increase and more moisture is drawn from plants, resulting in increased water stress in trees and ultimately increased risk of death.

When the researchers conducted further analysis, they found that the loss of biomass from the increased mortality of trees over the past decades has not been offset by biomass gains from the growth of living trees, or by the recruitment of new trees. This implies the mortality increase has translated into a net decrease in the potential of these forests to offset carbon emissions.

“Long-term datasets like this one are very rare and very important for studying forest changes in response to climate change,” said study co-author Susan Laurance. “This is because rainforest trees can have such long lives and also because tree death is not always immediate.”