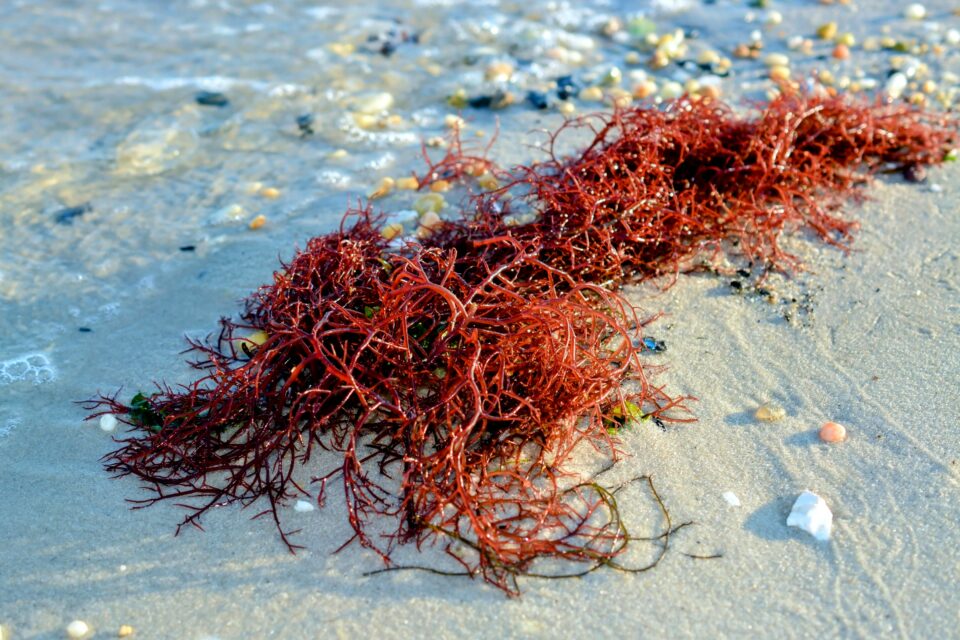 Professor Jeff Ollerton of the Kunming Institute of Botany of the Chinese Academy of Sciences (CAS) believes that the new research extends the phylogenetic boundaries of animal-mediated pollination and potentially stretches its origins back to the earliest evolution of marine invertebrates.

Compared to other seaweed, red seaweed is unique because its male gametes don’t have flagella. Since they are not mobile, they must depend on ocean currents or animals to bring them to a female organ.

However, red seaweed has been around 1.2 billion years, while isopods like Idotea balthica emerged about 300 million years ago. Therefore scientists can’t say how red seaweed was pollinated before. Perhaps extinct invertebrates could have gotten the job done, but even they are no more than 600 million years old.

The isopods have something to gain from this relationship as well. The seaweed provides protection from predators, and the isopods can feed on the tiny algae (diatoms) that live on the seaweed’s surface. And since the diatoms can damage the seaweed’s leaves, the seaweed further benefits from isopod presence.

“Animal pollination, principally by insects, is the dominant strategy for angiosperms but also occurs in the extant gymnosperms, as well as some species of mosses,” wrote the researchers. “Outside of these plants, no other group of organisms has been demonstrated to interact with animals in this way, until now.”

Although this relationship is fascinating, it’s also precarious considering the destruction of ocean ecosystems. The majority of red seaweed reproduction occurs at low tide in coastal rock pools. However, this habitat is imperiled due to pollution, human-caused physical destruction, invasive species, and climate change. Some red seaweed species, such as Gracilaria, are also being threatened by greenwashing campaigns that proclaim they are a sustainable food source.

Moreover, the crustaceans are jeopardized by ocean acidification which ruins their exoskeletons.

Sadly, scientists are not optimistic about this ancient relationship’s continuance, believing it may be threatened before we fully comprehend it.

The article is published in the journal Science.