Raw milk may be harmful to human health      • Earth.com 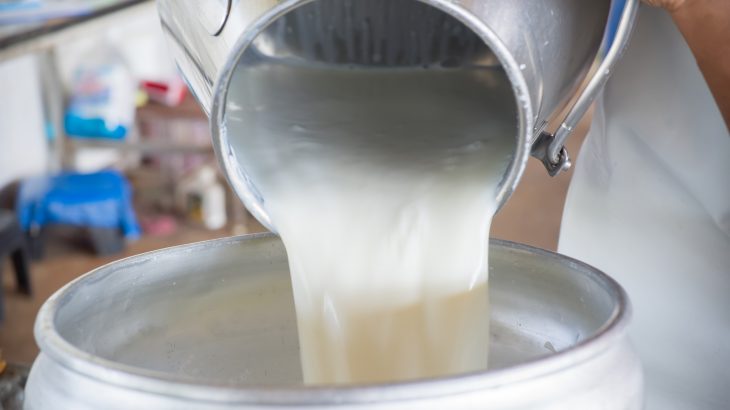 Raw milk may be harmful to human health

A new study from UC Davis has revealed that raw milk found in U.S. stores may be a source of antimicrobial resistance. The experts report that unpasteurized milk left at room temperature can harbor a shockingly high number of antimicrobial-resistant genes.

Furthermore, the research showed that bacteria containing antimicrobial-resistant genes can transfer them to other bacteria, potentially spreading resistance.

“We don’t want to scare people, we want to educate them. If you want to keep drinking raw milk, keep it in your refrigerator to minimize the risk of it developing bacteria with antibiotic-resistant genes,” said study lead author Jinxin Liu.

Unpasteurized milk is often endorsed as having an abundance of probiotics, or healthy bacteria, compared to pasteurized milk. However, the researchers discovered that this is not the case.

When antimicrobial-resistant genes are passed to pathogens, they have the potential to become “superbugs” that resist treatment. According to the Centers for Disease Control, nearly three million people get an antibiotic-resistant infection each year, resulting in more than 35,000 deaths.

The UC Davis team analyzed over 2,000 pasteurized and raw milk samples from retail stores in five states. Raw milk was found to contain the highest prevalence of antibiotic-resistant microbes when left at room temperature.

“Our study shows that with any temperature abuse in raw milk, whether intentional or not, it can grow these bacteria with antimicrobial resistance genes,” said study co-author Michele Jay-Russell. “It’s not just going to spoil. It’s really high risk if not handled correctly.”

Some people are using clabbered milk, which has been left out at room temperature to ferment, for various recipes. Study co-author David Mills said that when consumers eat raw milk clabber, they are likely adding a high number of antimicrobial-resistant genes to their gut.

“You could just be flooding your gastrointestinal tract with these genes,” said Mills. “We don’t live in an antibiotic-free world anymore. These genes are everywhere, and we need to do everything we can to stop that flow into our bodies.”

Mills recommends that consumers use a starter culture if they want to ferment raw milk, which carries specific strains of bacteria to inoculate the milk. Further research is needed to fully understand the health risks for humans associated with antibiotic-resistant genes in raw milk.

The study is published in the journal Microbiome.