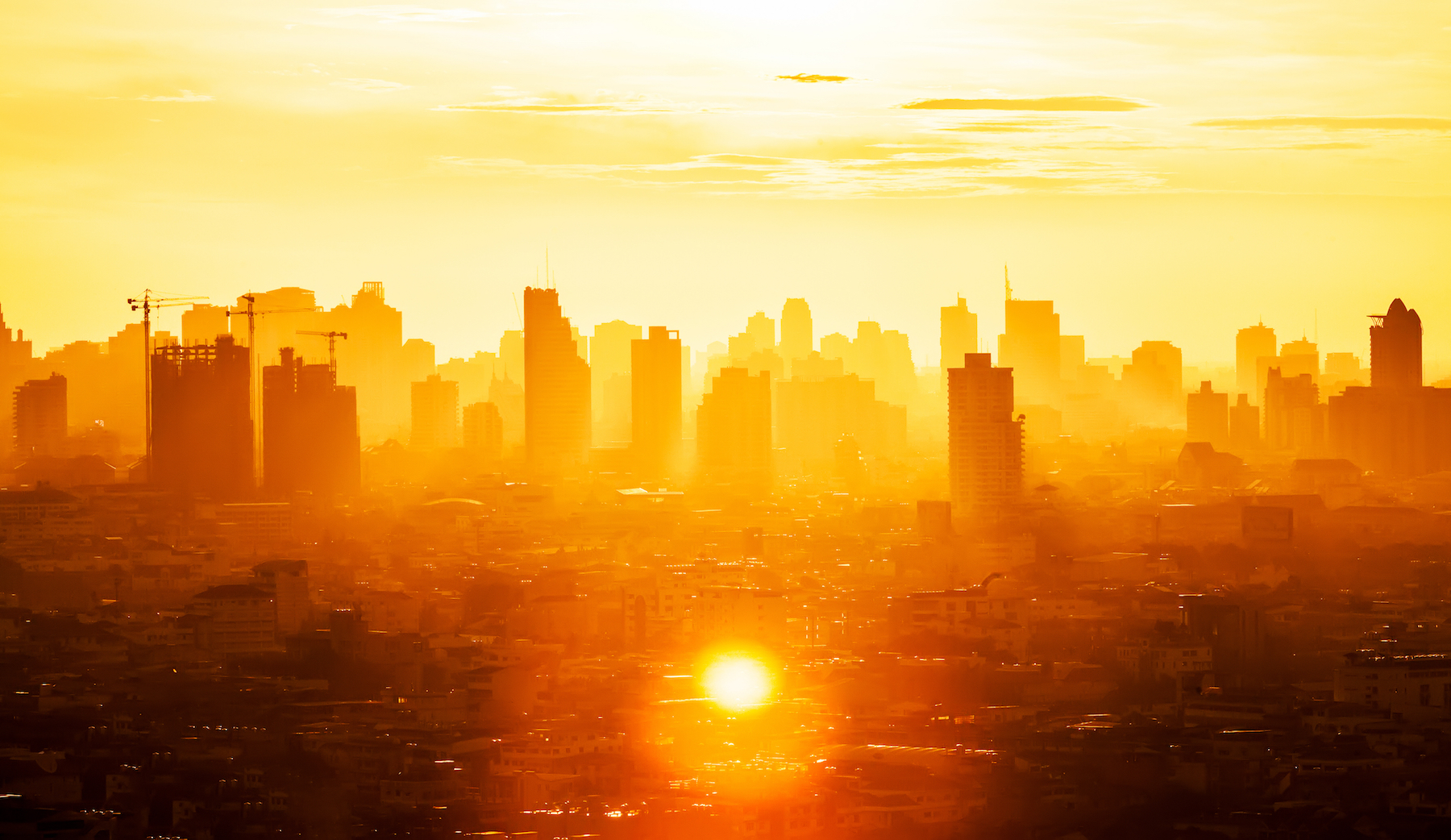 According to NASA, 2016 was the hottest year on record globally. This marked the third consecutive year that the planet’s average surface temperatures hit a new high. In 2016, the average temperatures across the globe were 1.78 degrees Fahrenheit warmer than the average temperatures of the mid-20th century. Rising temperatures in the United States are made worse in urban areas by what are known as heat islands. A city with over 1 million people can experience daytime temperatures up to 5.4 degrees higher than neighboring towns. The evening hours may see temperatures as much as 22 degrees hotter than rural areas.

Heat islands exist both on the surface and in the atmosphere. Heat islands occur when large populations pump out energy constantly, but the main cause is the modification of a city’s landscape. Roads and buildings that have replaced plants and trees are absorbing heat that would be otherwise reflected by vegetation. The temperature of city roofs and pavement can shoot up 50 to 90 degrees hotter than the air, especially in the summertime.

The impacts of the heat island effect can be severe. Heat-related illness and global warming are both exacerbated by heat islands. More energy is consumed and more greenhouse gases are emitted. Air and water quality are worsened.

So what can be done to cool off these cities and improve the quality of life for urban populations?

The book was released as part of the EPA’s Heat Island Reduction Program, or HIRP. This program includes community outreach tools and guides for people to start their own heat island projects. Webcasts are also held for scientists, practitioners, industry representatives, and government officials from all over the country to discuss the work they have been doing to address heat islands.

A team of economists from cities across the globe recently conducted an unprecedented study to evaluate the impact of the heat islands on climate change. The study, published last month in the journal Nature Climate Change, revealed that the economic cost of climate change will be approximately 2.6 times higher in urban areas due to heat island effects.

Richard S.J. Tol, an Economics professor at the University of Sussex, is one of the authors of the study.

“Any hard-won victories over climate change on a global scale could be wiped out by the effects of uncontrolled urban heat islands,” said Professor Tol. We show that city-level adaptation strategies to limit local warming have important economic net benefits for almost all cities around the world.”

While cities only account for a very small area of the Earth’s surface, over one half of the world’s population lives in urban communities. City populations consume 75 percent of the globe’s energy and emit 50 to 60 percent of the total greenhouse gases.

“It is clear that we have until now underestimated the dramatic impact that local policies could make in reducing urban warming,” explained Professor Tol.

“However, this doesn’t have to be an either/or scenario. In fact, the largest benefits for reducing the impacts of climate change are attained when both global and local measures are implemented together.”