Reed warblers use Earth's magnetic field to get back on track • Earth.com 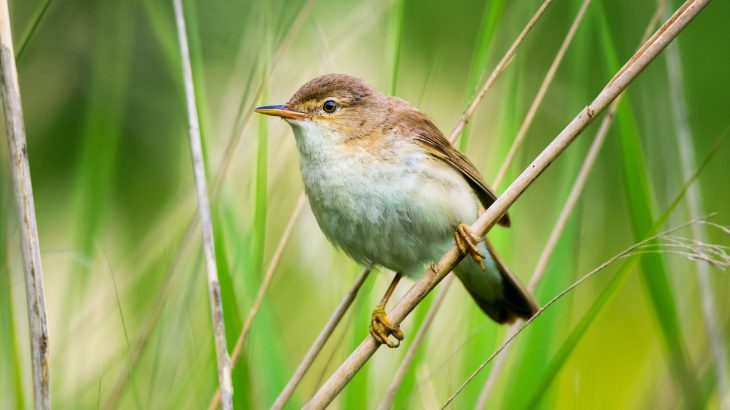 A study from Bangor University is providing new insight into how migratory birds manage to reorient themselves after venturing off course. The researchers found that reed warblers detect geomagnetic signatures that can guide them back to their migratory route after they have been displaced.

The study is the first of its kind to reveal that birds have the perceptive ability to navigate toward a magnetic position that they have experienced before along their normal migration route.

“What these birds are achieving is ‘true navigation,'” explained study co-author Dr. Dmitry Kishkinev. “In other words, they are able to return to a known goal after displacement to a completely unknown location without relying on familiar surroundings, cues that emanate from the destination, or information collected during the outward journey.”

Different locations on Earth have distinct geomagnetic signatures based on factors such as the strength of the geomagnetic field or the angle between directions to the geographic and magnetic North poles.

For the investigation, adult reed warblers were held in captivity for a short period of time. Because they were adults, the birds were already familiar with their migration route and its general magnetic signatures.

Once they were released, the warblers were exposed to a simulation of the Earth’s magnetic signature at a location thousands of miles away from the birds’ natural migratory range.

Despite all the sensory clues that showed the birds they were physically located elsewhere, they behaved based on the magnetic signals that they were experiencing. As a result, the reed warblers oriented themselves to fly in a direction which would lead them from the simulated location back to their migratory path.

The findings show that Earth’s magnetic field is key in guiding reed warblers when they are off course.

“The overriding impulse was to respond to the magnetic information they were receiving,” explained study co-author Richard Holland.

“What our current work shows is that birds are able to sense that they are beyond the bounds of the magnetic fields that are familiar to them from their year-round movements, and are able to extrapolate their position sufficiently from the signals. This fascinating ability enables bird to navigate towards their normal migration route.”

“We have already shown that the reed warblers use the same magnetic cues experienced within their natural range, but this study shows that they can extrapolate what they understand about how the magnetic field varies in space far beyond any previous experience they have had,” said study co-author Florian Packmor.

While the research was focused on the Eurasian reed warbler, the researchers expect their findings can be applied to other migrating songbirds.