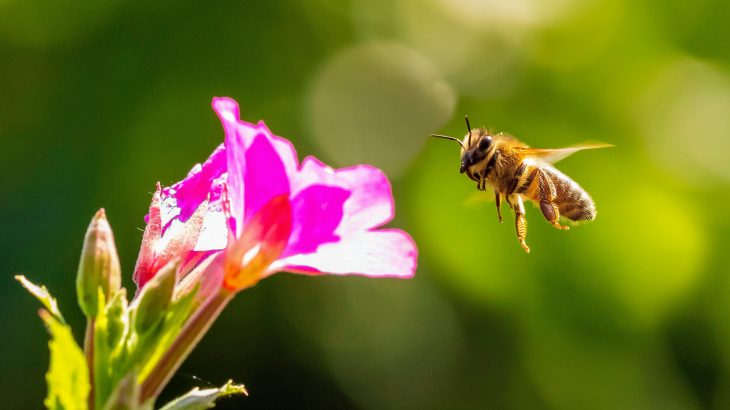 Scientists have discovered a hotspot of bee diversity in the protected Chihuahuan Desert along the United States-Mexico border. The experts have identified more than 470 bee species in a relatively small area that is practically undisturbed by human activities.

“We find that the density of bee species in a limited area of 16 km2 far exceeds any other site in the world and amounts to approximately 14% of the bee species described from the United States,” wrote the researchers.

The study, published by Pensoft, was conducted by Dr. Robert Minckley of the University of Rochester and William Radke of the United States Fish and Wildlife Service.

Scientists have previously recognized that the Sonoran and Chihuahuan deserts of North America have high bee biodiversity, but the exact number of species has remained unclear.

In collaboration with students from Mexico, Guatemala, and the United States, the researchers identified more than 70,000 specimens across multiple years.

“Despite the long intertwined evolutionary histories of bees and plants, bee diversity peaks in the xeric areas of the eastern and western hemispheres and not the tropics, where plant diversity is greatest,” wrote the study authors.

“Intensive sampling in the northeast Chihuahuan Desert of Mexico and the United States provide the first quantitative estimate of bee species richness where high diversity had been predicted in North America from museum records.”

Without this intensive sampling, it would not have been possible to to get a full picture of bee diversity.

“There are numbers of reasons why species richness estimates for desert bees are sensitive to sampling duration that broadly apply to biodiversity studies of most desert insects and bees in general,” explained the researchers.

“For one, many species, especially those bees that are specialists of one or several host plants, emerge as adults for a brief period per year, are small-bodied with limited dispersal capabilities and occur patchily.”

Furthermore, bee diversity is difficult to estimate and compare among studies, which is due to differences in collecting techniques and the size of the study areas.

According to the experts, more long-term research is needed from habitats that are minimally disturbed by humans to provide baseline data for studies of bees where human impacts are more severe, especially as climate change accelerates.