‘Renewable’ does not mean ‘carbon-free’ despite what companies may imply • Earth.com 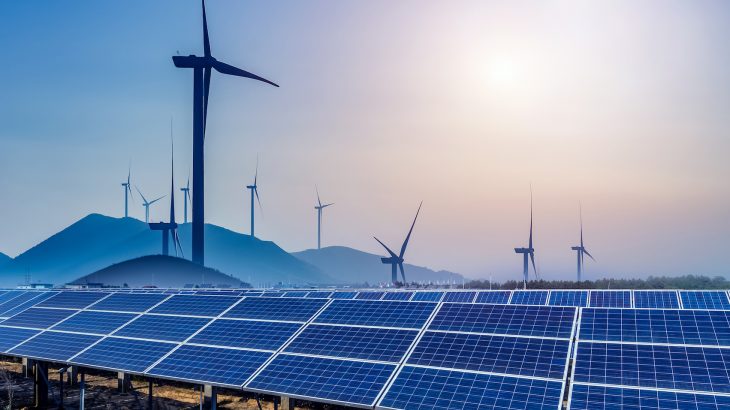 ‘Renewable’ does not mean ‘carbon-free’ despite what companies may imply

Sometimes we can make certain numbers appear either more or less significant than they actually are — often in an effort to make ourselves feel better or impress the outside world (40 is the new 30!). A good example of this is the fact that 160 companies around the world have committed to using “100 percent renewable energy.” The key disclaimer here is that 100 percent renewable energy does not mean 100 percent carbon-free energy — not to mention the fact that 160 companies worldwide is a drop in the bucket.

A new study from Stanford University has found that the difference between renewable energy and carbon-free energy will only grow as power grids become less reliant on fossil power. Published in Joule, the paper details how current methods of estimating greenhouse gas emissions use yearly averages, even though the carbon content of electricity on the grid can vary drastically over the course of a day in numerous locations.

“To guarantee 100 percent emissions reductions from renewable energy, power consumption needs to be matched with renewable generation on an hourly basis,” explains Sally Benson, co-director of the Precourt Institute for Energy and a co-author on the paper. “Just purchasing more solar energy in a grid that already has lots of solar generation will not result in zero emissions.”

Many companies that claim to be 100 percent renewable actually do not use only renewable power. Instead, corporations often purchase or generate enough renewable energy to match 100 percent or more of their electricity use over the year. For solar power, an entity may generate more electricity than it uses during an afternoon and sell the excess. But at night, it purchases power from the grid, which is certainly not carbon-free if it is generated through the burning of fossil fuels.

The study finds that using annual averages of the carbon content of grid power is only valid when the fluctuations in renewable generation are small, or when all excess renewable energy can be stored. Places like California have large fluctuations in carbon content due to existing renewables, and do not have the storage capacity to capture all excess electricity. The researchers found that by 2025, using yearly averages in California could overstate carbon reductions associated with solar power by over 50 percent when compared to hourly averages.

“Both the carbon footprint of a large consumer and the environmental value of renewable energy assets depend on the grid they interact with,” says Jacques de Chalendar, an energy resources engineering PhD student and lead author of the study. “Using hourly data is the best way to measure the environmental benefit of renewables, and this will become increasingly true wherever renewable generation is growing.”

Using hourly carbon accounting methods may convince large consumers to increase their use of low-carbon power from the grid. Additionally, by having more accurate information, consumers could move flexible consumption to times of the day when grid power is cleanest. Energy storage allows for electricity to be drawn from the grid during low-carbon periods and then stored for later use.

“Transparent, precise and meaningful carbon accounting is necessary,” says Benson. “And if it’s done properly, we can make the right investments in renewable power and create a more sustainable grid.”