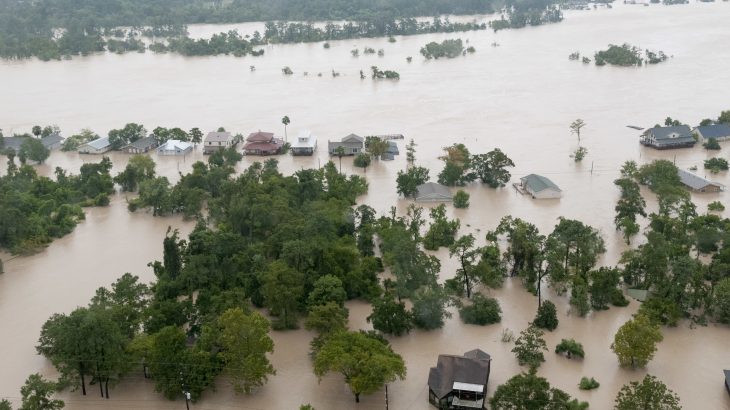 Ironically, Republican states will be hit hardest by climate change

A new study has revealed that predominantly Republican regions of the country, which are typically the most resistant to environmental policies, will ironically face the biggest economic losses resulting from climate change.

According to researchers at the Brookings Institution Metropolitan Policy Program, the states, counties, and districts that voted Republican in the last two elections will experience greater damages from climate change compared to those that voted Democratic.

The study authors wrote: “Drill down on the political geography of climate damage and it becomes clear that in much of the country Republicans are voting for people who are opposed to climate policy even as they are most exposed to climate impacts.”

CNN reports that Republicans hold 35 of the 40 Senate seats from the 20 states that emit the most carbon, and President Trump won 26 of the 27 highest-emitting states in 2016. The study revealed that some of these states actually stand to benefit from global warming, increasing their resistance to environmental activism.

The Brookings team based its investigation on a county-level model of the impacts of climate change developed by the Climate Impact Lab. The model accounts for factors such as potential economic losses from rising sea levels and the impact on agricultural yields to predict how specific counties may be affected by climate change through the end of the century.

While there is some level of uncertainty regarding these projections, study co-author David G. Victor told CNN in an email that there are two reasons that he has confidence in them.

“One is that these impacts are based on good physical understanding of the underlying causal mechanisms,” wrote Victor. “We know a lot about how strong wind and high tides affects coastal areas, about how heat stress affects workers, etc. Second, this is not a single analysis, but a meta-analysis. It is a compilation of the best science in the area. Putting both together give one a lot more confidence in the projections.”

The analysis showed that the Republican areas most opposed to environmental activism are also the most threatened by climate change. The researchers found that southern states, particularly those in the Gulf region from Florida to Texas, face the greatest risks including economic losses, coastal damage, and increased mortality rates. All of these states are controlled by Republicans.

Overall, the researchers believe that Republican attitudes toward climate change may start to shift.

“Wave after wave of hurricanes coming into central Texas or the Gulf states may be destabilizing of the usual assumed ideological position of those places,” said study co-author Mark Muro.

“The current gridlock might not be as permanent as it now seems because many of the jurisdictions that have selected political leaders opposed to climate policy are most exposed to the harms of climate change,” said the researchers.
—
By Chrissy Sexton, Earth.com Staff Writer