Rhesus macaques were drawn closer together after Hurricane Maria • Earth.com 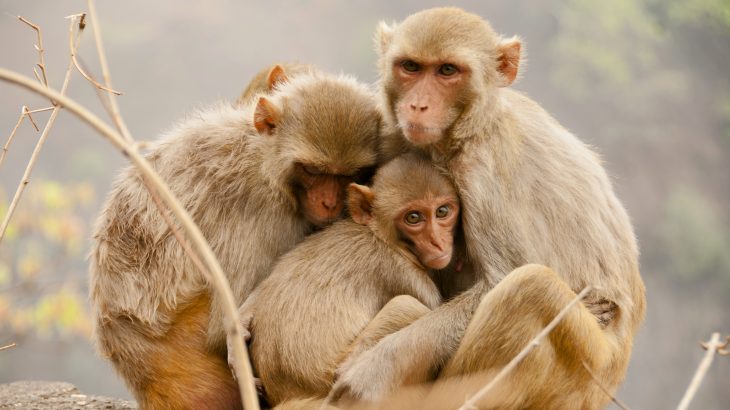 Rhesus macaques were drawn closer together after Hurricane Maria

Rhesus macaques living on Cayo Santiago Island in Puerto Rico were drawn closer together by a natural disaster, according to a new study published by Cell Press.

After Hurricane Maria, a devastating storm that killed than 3,000 people, the macaques became more tolerant of each other and sought new social connections.

The researchers studied social connections among the macaques before and after Hurricane Maria.

“The macaques built new relationships rather than strengthening existing ones and tended to adopt a ‘path of least resistance’ to forming new connections,” said study first author Camille Testard, who is a PhD candidate at the University of Pennsylvania.

“These findings are consistent with a strategy to gain tolerance and support from the greatest number of individuals and benefit from broader social integration rather than focusing on reinforcing relationships to key partners.”

“This increased tolerance toward others, including strangers, has also been observed in humans following catastrophic events that impact whole populations widely.”

Rhesus macaques are sociable animals, but they are constantly competing for dominance and can be very aggressive to other members of their group.

The researchers were already studying macaques in the field when Hurricane Maria hit Puerto Rico. In the aftermath of the storm, the experts noticed that the animals suddenly seemed more tolerant of each other, and even of past competitors.

A social network analysis confirmed that the shift had taken place. The macaques had forged new social connections after the storm, resulting in a more tolerant society as a whole.

“We expected the monkeys would use their closest allies to cope with the ecological devastation of the hurricane and so would invest in their existing relationships,” said study co-senior author Lauren Brent. “Instead, the macaques expanded their social networks and the number of individuals that they tolerated sharing limited resources, like a shady space to sit.”

According to the researchers, their findings in Puerto Rico help to answer an outstanding question about what benefits social relationships provide. In future work, they plan to investigate the long-term effects of making new social connections, or failing to do so, in this extreme context.

“Social relationships have a surprisingly large impact on human health and being in a poor social environment is a high risk factor for humans – remarkably, as high as other health risk factors such as smoking,” said study co-author James Higham of New York University.

“How variation in the social environment gets under the skin and impacts our biology remains unclear. Our work on the impacts of changes in sociality following a natural disaster adds yet another element to this complex dynamic.”