Storms in Alaska will become much more frequent and severe • Earth.com 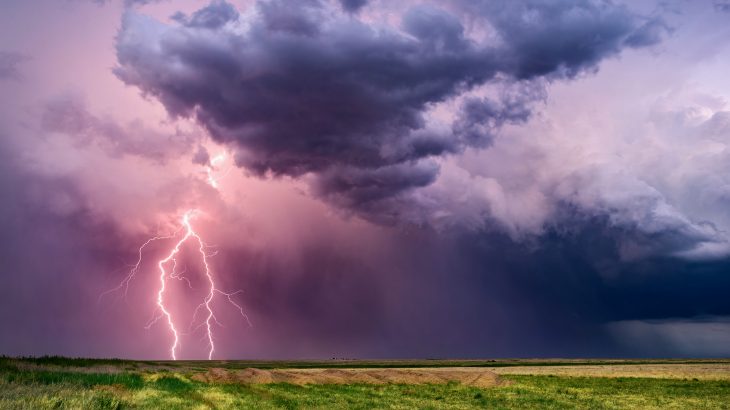 A new study from the National Center for Atmospheric Research (NCAR) reports that thunderstorms in Alaska will triple in the coming decades, along with an increased risk of widespread flash flooding, landslides, and lightning-induced wildfires.

The study found that rising temperatures will lead to less sea ice and more open water during warmer months that will serve as an abundant source of moisture for the atmosphere. When combined with heat, this moisture could turbocharge summertime storms.

“Alaska can expect three times as many storms, and those storms will be more intense,” said study co-author and NCAR scientist Andreas Prein. “It will be a very different regime of rainfall.”

The thunderstorms will extend throughout Alaska, affecting far northern regions that currently do not typically experience this type of weather. In southern regions, the storms are expected to become far more frequent, with peak rainfall rates increasing by more than a third.

“We suspect that the increasing number of thunderstorms might have significant impacts, such as amplifying spring floods or causing more wildfire ignitions,” said study lead author Basile Poujol. “Further studies are necessary to determine whether these impacts are likely to occur and, if so, their potential effects on ecosystems and society.”

At the current rate of greenhouse gas emissions, Alaska will become about 11 to 16 degrees Fahrenheit warmer by the end of the century. The state has already been hit hard by climate change. The impacts include longer wildfire seasons and record heat waves, as well as landslides and sinkholes caused by melting permafrost. If thunderstorms become more common in Alaska, it will represent a major shift in the state’s climate.

Prein said the effects of increased storms in Alaska could be particularly severe because the landscape will be reshaped by melting permafrost and the northerly migration of boreal forests.

“The potential for flash flooding and landslides is definitely increasing, and the Arctic is becoming way more flammable. It’s hard to grasp what the ecological changes will be in the future.”

The scientists used advanced computer models and a specialized algorithm to predict future weather conditions and to track the sources of moisture in the atmosphere. They noted that the impacts in Alaska could be significantly lessened if greenhouse gas emissions are reduced.

The research is published in the journal Climate Dynamics.