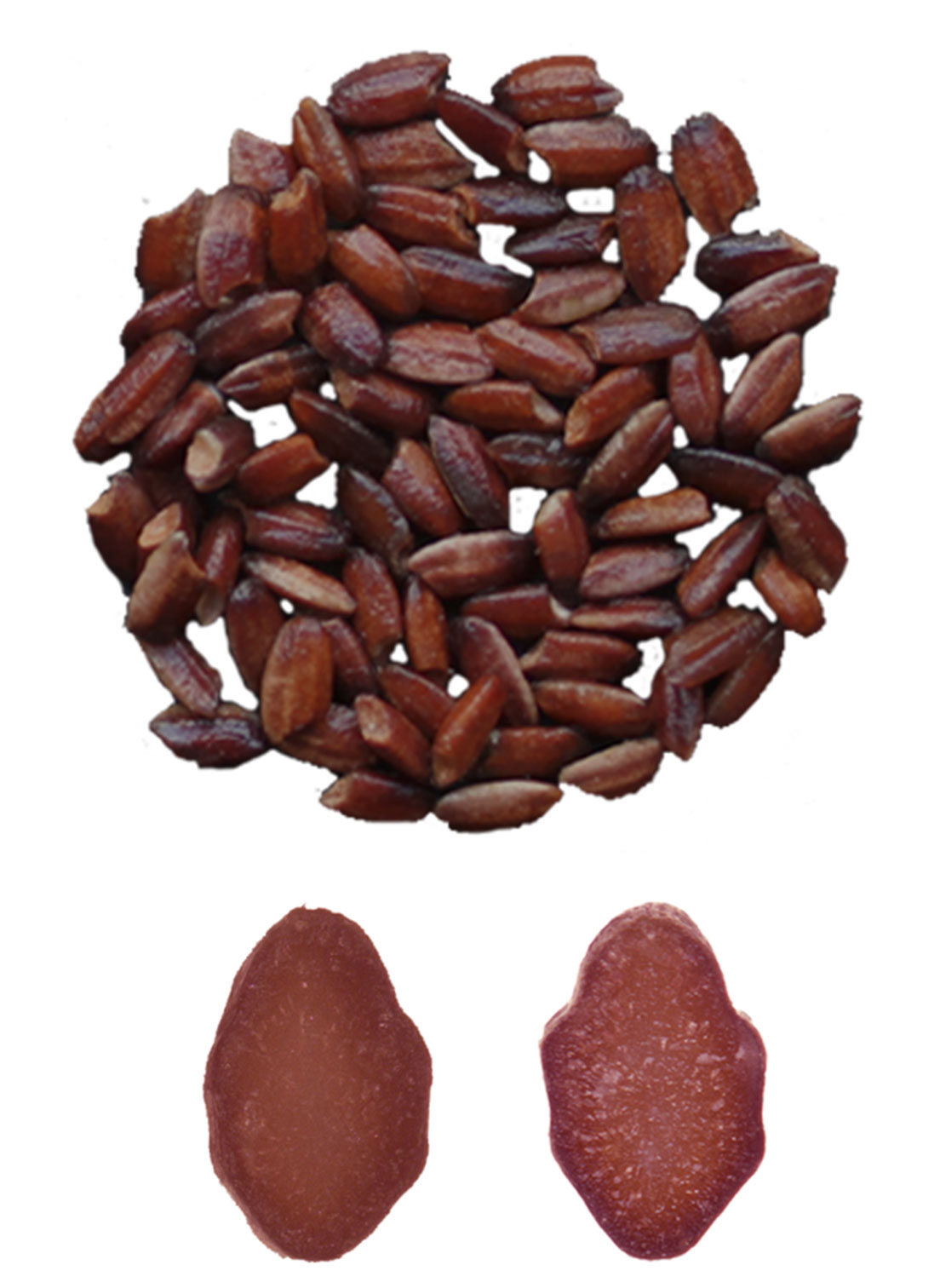 Scientists in China have developed an engineering tool capable of transforming rice into a powerful source of antioxidants. The rice has a deep purple color which is produced by compounds known as anthocyanins. These flavonoids act as antioxidants in the body that can inhibit or reduce the risk of chronic illnesses such as diabetes, cancer, and cardiovascular disease.

Some varieties of black and red rice are naturally enhanced with anthocyanins. However, polished rice grains have been stripped of the husk, bran, and germ, and are left only with a tissue produced inside of the seed known as endosperm.

While rice has been successfully modified to contain beta-carotene and folate, efforts to develop anthocyanin production in rice have failed. Scientists were unsuccessful because the underlying biosynthesis pathway is highly complex, making it difficult to effectively transfer many genes into plants.

Researchers in China teamed up to find a new approach to anthocyanin production in rice. They analyzed sequences of anthocyanin pathway genes in different rice varieties. The team was able to identify the defective genes in Japonica rice and Indica rice that do not produce anthocyanins.

“We have developed a highly efficient, easy-to-use transgene stacking system called TransGene Stacking II that enables the assembly of a large number of genes in single vectors for plant transformation,” said Yao-Guang Liu, senior author of the study.

The engineering tool created by the team may lead to rapid progress in the production of healthy nutrients in other foods.

“This is the first demonstration of engineering such a complex metabolic pathway in plants,” said Liu.

The team will now assess the safety of purple endosperm rice as a biofortified food and explore ways to produce purple endosperm cereal. The study is published today in the journal Molecular Plant.