Robot sheds light on how ants learn from each other • Earth.com 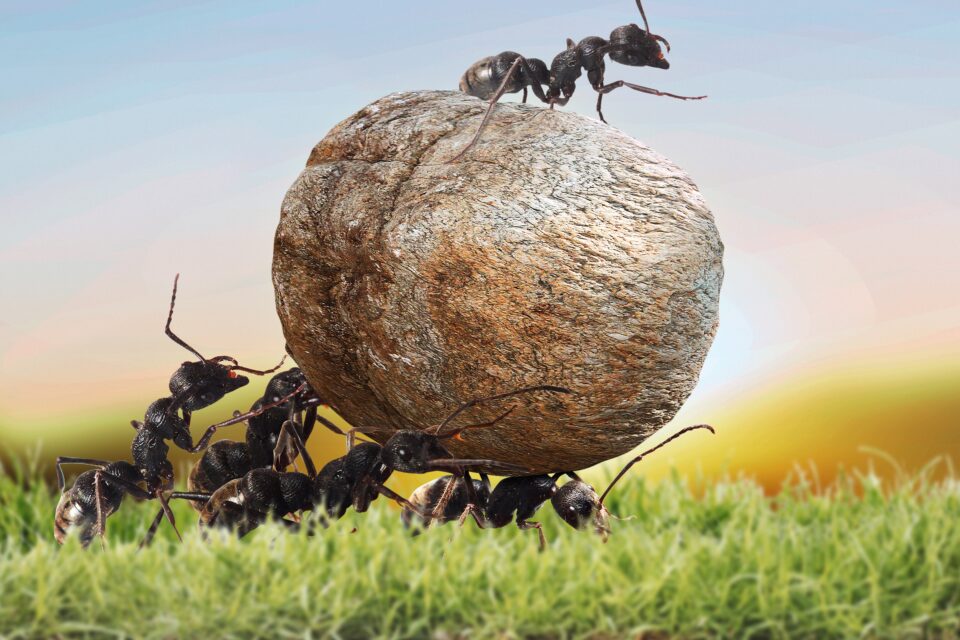 A tiny robot has helped researchers understand more about how ants learn from each other. Researchers at the University of Bristol designed the robot to mimic the teaching behavior of rock ants.

“Teaching is so important in our own lives that we spend a great deal of time either instructing others or being taught ourselves. This should cause us to wonder whether teaching actually occurs among non-human animals. And, in fact, the first case in which teaching was demonstrated rigorously in any other animal was in an ant,” explained Professor Nigel Franks of Bristol’s School of Biological Sciences.

The researchers explored a learning process called tandem running, in which a teacher ant leads a pupil to a new nest, the pupil ant finds their way back to the old nest, then becomes the teacher for a new pupil. The process continues throughout the colony.

The experts applied a worker scent to the robot so ants could recognize the robot as a teacher. Sometimes the robot would take a direct path to the superior nest; other times, it would take a windy route.

“We waited for an ant to leave the old nest and put the robot pin, adorned with attractive pheromones, directly ahead of it. The pinhead was programmed to move towards the new nest either on a straight path or on a beautifully sinuous one. We had to allow for the robot to be interrupted in its journey, by us, so that we could wait for the following ant to catch up after it had looked around to learn landmarks,” explained Professor Franks.

“When the follower ant had been led by the robot to the new nest, we allowed it to examine the new nest and then, in its own time, begin its homeward journey. We then used the gantry automatically to track the path of the returning ant.”

“Crucially, we could compare the performance of the ants that the robot had taught with ones that we carried to the site of the new nest and that had not had an opportunity to learn the route. The taught ants found their way home much more quickly and successfully.”

The study can be found in the Journal of Experimental Biology.